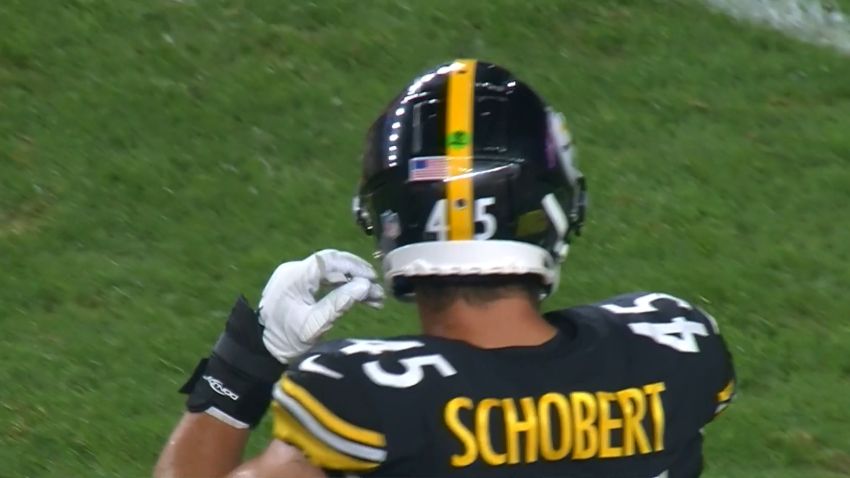 The Pittsburgh Steelers acquired veteran inside linebacker Joe Schobert via a trade with the Jacksonville Jaguars nearly four weeks ago and while he only played in one preseason game since being acquired, head coach Mike Tomlin said on Tuesday during his press conference that he likes what he’s seen so far out of the player.

“You know, his above-the-neck game is what I anticipated,” Tomlin said of Schobert on Tuesday. “He’s been an extremely quick study. He fits in. He communicates well. He’s versatile. He can blitz. He can cover. He can tackle. But all of those are things that we knew being so familiar and having competed against him and I think he’s done nothing but just confirm those things. And we’re excited about watching him play within our group in a real regular season setting and watching a complete sample size.”

That complete sample size for Schobert figures to come on Sunday against the Buffalo Bills. Schobert, who played one season for the Jaguars before being traded to the Steelers, is expected to wear the helmet with the green dot on it on Sunday against the Bills and if that’s the case, that will mean he’ll effectively be the defensive quarterback.

Schobert should be playing alongside fellow Steelers inside linebacker Devin Bush on Sunday in Buffalo and that game will be his first one back since the former first round draft pick out of Michigan suffered a season-ending knee injury last year in Week 6 against the Browns.

Like Schobert, Bush didn’t play much during the preseason. In fact, Bush played just 10 more defensive snaps that Schobert did. So, like Schobert, it will certainly be great to have a larger sample size of Bush’s play on Sunday as well and especially with that game being his first regular season one since he suffered his knee injury.