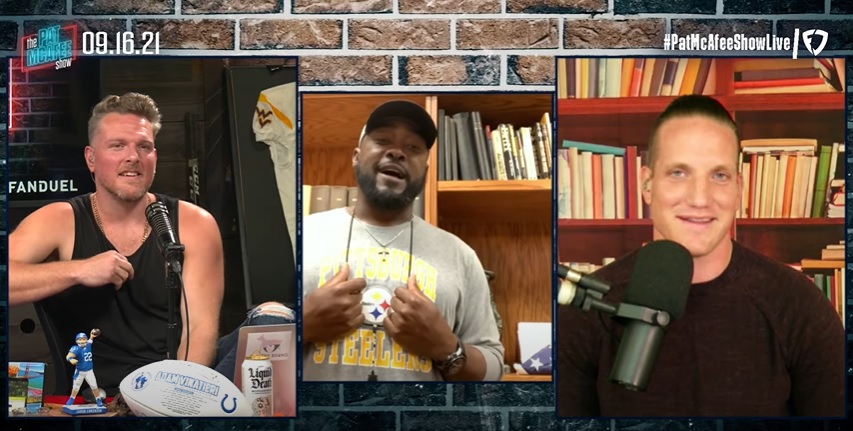 It’s a story that’s been told several times already. But Mike Tomlin added a little more flavor to the story of two cans of beers that, let’s be honest, probably shouldn’t be consumed. Tomlin had a terrific interview with Pat McAfee, A.J. Hawk and the cast of the Pat McAfee Show Thursday morning and went into detail about the story we know a little bit about. Right before stepping down as the Steelers’ head coach, Bill Cowher left beer in the fridge for Mike Tomlin. Pittsburgh’s version of a housewarming gift.

In fact, it was two cans of IC Light.

“Two cans of IC Light are left,” Tomlin told the show, explaining what that meant to him. “What a gesture, you know what I mean? Some of my best friends in college were Pittsburgh boys. Mount Lebanon, Upper St. Clair type guys. And so I know what IC Light is and what that means. Even not being from here, I really appreciated that. What a gesture.”

In his new book, Heart and Steel, Bill Cowher wrote about having that conversation with Tomlin.

“When I talked with Mike, I told him one important piece of information.

‘Hey, I left an Iron City beer for you in the office fridge.’

And those beers still sit there today. At this point, Tomlin has no plans on drinking them. Which is probably a good idea in itself unless IC Light has the most airtight contained ever created. Instead, he plans to pass those cans along to the next Steelers’ coach, whenever that may be. Tomlin didn’t expect them to sit in his fridge for this long.

“So I decided that I’d never drink it and I’d leave it for the next man. Now at the time, I didn’t envision that those cans would be 15 years old and still sitting there. So it’s kind of a ceremonial thing now. But those are my intentions, What a gesture. I appreciated the support I got from him. I have appreciated the support that I’ve gotten from him over the years.”

Tomlin wrapped up the story by making a factual but sort of jarring point. There’s only two people alive on this Earth who have been the head coach of the Pittsburgh Steelers. Mike Tomlin and Bill Cowher.

“It’s just a cool, real small fraternity of Pittsburgh Steelers head coaches, man. It’s a two-man deal at this point, man. And I just appreciate my big bro in BC.”

Check out the clip from the show below and the entire show, which can be found in the link here. It’s a tremendous 20-minute conversation and one of the best question/answer conversations I’ve seen with Tomlin before.

"Two cans of IC Light were left by Cowher.. I never envisioned that those cans would be 15 years old & still sitting there" ~@CoachTomlin#PatMcAfeeShowLIVE pic.twitter.com/sksZQUtwXi