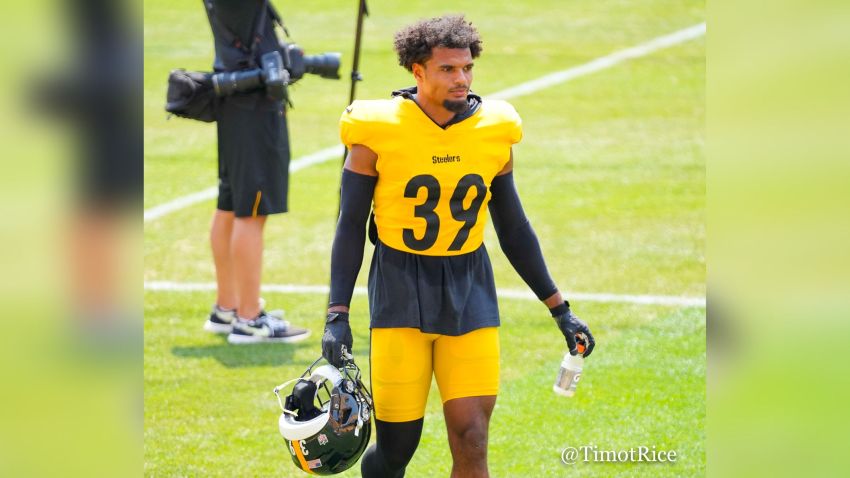 As we’ll do every week to get you ready for the upcoming game, our X Factor of the week. Sometimes it’s a player, unit, concept, or scheme. Our X Factor for tomorrow’s game against the Las Vegas Raiders.

This week’s X-Factor could’ve gone in a lot of different directions but ultimately, I landed on Fitzpatrick. If the Steelers are going to beat the Raiders to move to 2-0 on the year, they’re going to have to slow down star tight end Darren Waller. Not shut him down mind you, that’s an impossible chore, but slow down Waller’s impact. Similar to how the team needed to and did against Bills’ WR Stefon Diggs last week.

But in a lot of ways, Waller will be a tougher task. Waller can line up all over the field and run the whole route tree, even though he wins most often on breaking routes, usually in the middle of the field. Slowing him down is more than a one-man job but a guy like Fitzpatrick may be the team’s best bet. Considering how much he played in the slot last week, 16 snaps, the team may often employ him against Waller this weekend. It’s a big ask to have a rookie like Tre Norwood match up on him.

Fitzpatrick has the size, ball skills, and tackling (because Waller is going to catch some so you better not allow YAC) to consistently win on a guy like Waller. Pittsburgh will have to do more than just that, they’ll mix up coverages, they’ll bracket, they’ll disguise. But in big moments, the Steelers are going to have to turn to one guy to step up and take charge. That guy should be Fitzpatrick. Like Diggs, if they can hold Waller out of the end zone and no plays of 30+ yards, they should be in good shape.

His impact will go beyond that. Pittsburgh routinely used him in the center of the action last week. Playing underneath zone, reading the QBs, and taking away parts of the field. He’ll likely be used in similar fashion this weekend. And if he can make a play on the football against Derek Carr, who has been prone to some mental mistakes, that will give Pittsburgh a big edge in this game. Fitzpatrick can do everything. Cover, tackle, make big plays, support the run. He’ll have to be the best player on the field Sunday. Not Waller.