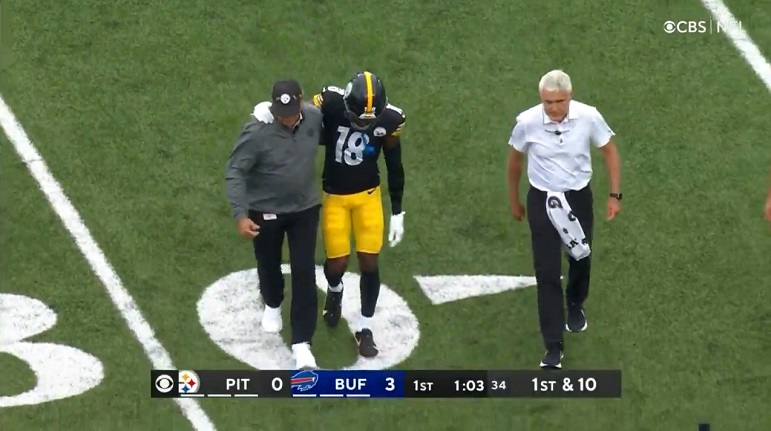 Not only did the Pittsburgh Steelers win their Week 1 road game on Sunday against the Buffalo Bills, but the team also seemed to come out of their first contest of 2021 as a fairly healthy group.

After Sunday’s game, Steelers head coach Mike Tomlin gave a quick recap of the overall health of his team during his postgame press conference.

“Don’t have a lot of details about the status of health. I’m sure we got bumps and bruises associated with play,” Tomlin said after the game.

The Steelers did have one player get injured before Sunday’s road game against the Bills, and it was backup inside linebacker Robert Spillane, who apparently had a shin issue of some sort. Tomlin mentioned Spillane being a late pregame scratch during his press conference.

“Robert Spillane got hurt in warmups,” Tomlin said. “You know, we had to make a last second adjustment. Buddy Johnson got an opportunity to play in his first NFL game. He didn’t even anticipate doing so.”

The Steelers did get a scare in the first half of Sunday’s game when wide receiver Diontae Johnson went down to the ground after colliding with a Bills defensive player while running a route. It looked like Johnson hurt his right knee or lower leg on that play, and he was eventually helped to the sideline after being looked at by the team’s medical staff on the field. Johnson, however, did return to the game, and he played well.

“Just kind of got tied up in the play and whatnot,” Johnson said after the game about that injury he had suffered in the first half. “My knee was a little banged up, but I’m fine. Just came back in the game and helped the team win.”

Steelers outside linebacker Alex Highsmith, who had dealt with a groin injury during the week of practices leading up to Sunday’s game, played against the Bills and looked no worse for wear.

Tomlin will next meet the media on Tuesday and at that time he’ll likely provide another health update of his team as they start preparing to play the Las Vegas Raiders on Sunday at home.