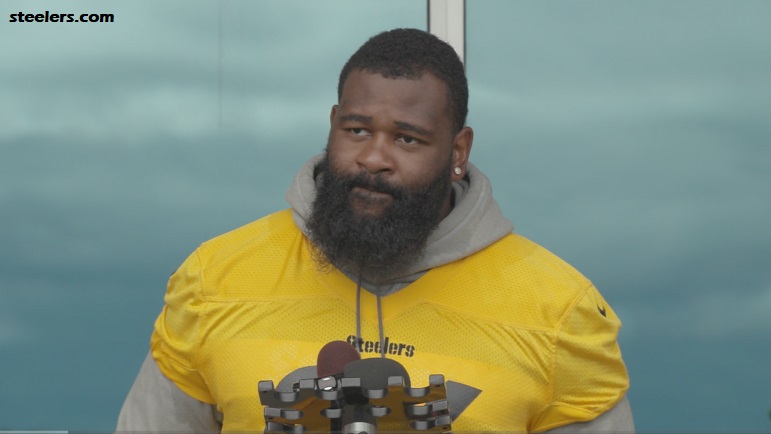 The Pittsburgh Steelers starting nose tackle Tyson Alualu to a fractured ankle in Week 2, and since then the veteran has had surgery and has been placed on the Reserve/Injured list. With Alualu now sidelined, third year defensive lineman Isaiah Buggs is expected to take over as the starting nose tackle in the team’s base 3-4 package beginning Sunday at Heinz Field against the Cincinnati Bengals.

On Thursday, Buggs met the media after practice and during that short session he was asked if he’s excited about the opportunity to take over for Alualu as the team’s starting nose tackle.

“I am,” Buggs said. “I’ve just got to, you know, keep the standard. I’m excited to get this opportunity. I’ve played behind Tyson. Tyson taught me the ins and outs of the game, so I just have to keep that legacy going for Tyson.”

To date, Buggs, who was selected by the Steelers in the sixth round of the 2019 NFL Draft out of Alabama, has played all of 236 defensive snaps in the league. He was inactive for six regular season games last season and for five of the team’s last seven contests. He was inactive for the Steelers’ lone playoff game as well. After a nice showing this year during the preseason, Buggs once again made the Steelers’ 53-man roster, and he now feels like he has an opportunity to show he can be a starter in NFL

“I’m going into my third year,” Buggs said on Thursday. “I’ve always been backup player behind Tyson. And like I say, just learning from him. I feel like it’s an opportunity for me to step forward.”

“Just every aspect of the game from rushing the passer, playing the run, knowing the playbook, just all the things I need to learn from a veteran got like that,” Buggs said.

“We [Alabama] played against him [Burrow],” Buggs said. “He’s a great quarterback. You know, we had a great defense. Just overall, we’ve just got to continue to play our ball here and then I’ll be excited to face him again.”

Buggs is obviously looking to get after the former LSU quarterback on Sunday at Heinz Field, and not just because he is an Alabama product. If he does sack Burrow on Sunday, it will be his first career NFL sack.

“I’m just doing my job here that the Steelers are wanting me to do,” Buggs said. “That was at Bama. I’m in Pittsburgh now, so I’m just doing what the guys ask me to do.”