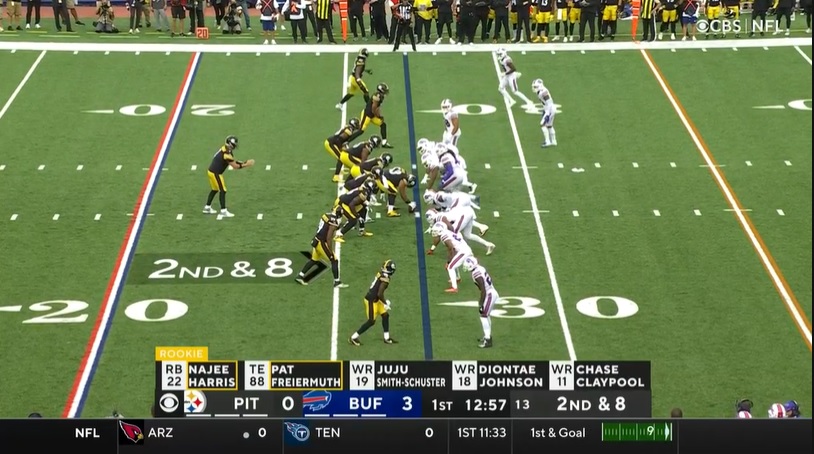 It’s so good to be weird again. Fortunately for us, the Pittsburgh Steelers offered up plenty of it in their wild Week One win against the Buffalo Bills.

– Pittsburgh trailed 10-0 at halftime of today’s game. Entering today, Mike Tomlin’s teams were 0-6 when trailing 10-0 or greater (in that, the Steelers had zero points and the opponent had at least ten) at halftime. Today netted Tomlin his first such win.

– Najee Harris finishes his NFL debut with 16 carries for 45 yards. Dating back to his days at Alabama, it’s by far the fewest yards he’s had in a game with 15+ carries. Previous low was 22 carries for 79 yards which, weirdly enough, came in his last game, Alabama’s 2020-2021 National Title Game win over Ohio State.

– Josh Allen was sacked three times today. He was sacked just a total of twice in his previous two meetings against Pittsburgh.

– Most Week One sacks in Steelers’ history (since sacks became official in 1982).

Today marked the third multi-sack, Week One game of Watt’s career. No other Steeler has more than one.

– James Pierre’s seven tackles are the most he’s had in a game since his college days. at FAU. November 10th, 2018 against Western Kentucky.

– Last one. Under Mike Tomlin, the Steelers have made the playoffs 87.5% of the time when they win their Week One opener. 7 of 8. The only exception came in 2009, when they finished 9-7 and failed to qualify. Today’s win a good omen for January.