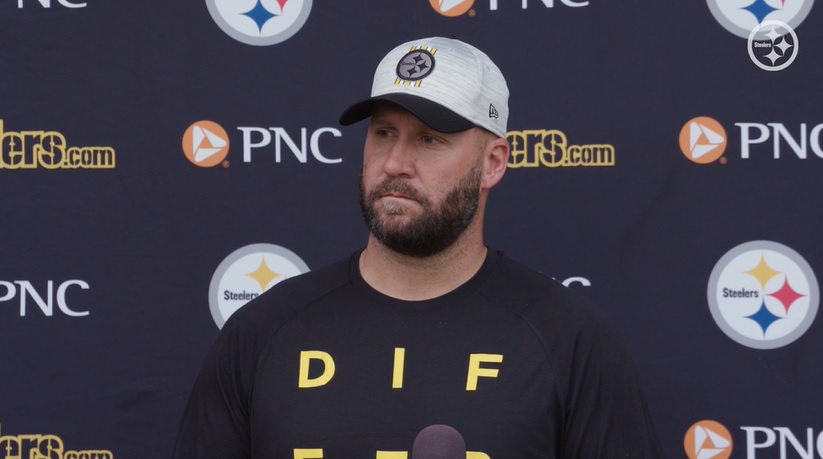 The Pittsburgh Steelers’ offense put it in drive for the second half of Sunday’s opening win over Buffalo. But for the first half, this group wasn’t even in park. They were practically in reverse. There’s a lot of reasons for that. A tough opponent in an equally daunting environment. The “newness” of new faces, both players and coaches. And also just some first-game jitters. Even for a 39-year old quarterback who has seen it all.

Speaking with reporters Wednesday, Roethlisberger admitted nerves might have gotten the best of the group early on.

“It looked like everyone had some jitters,” he told reporters via Steelers.com. “Myself included, missing throws that I don’t like to miss.  That could have been different. The first third down to Diontae, the quick one early. The flat to Najee. Just some little things. Maybe there was some excitement and energy.”

Roethlisberger and the Steelers’ offense did next to nothing in the first 30 minutes of play, heading into halftime in a 10-0 hole. Pittsburgh ran just 22 first-half snaps with their drives ending in five punts, plus a kneeldown at the end of the half. Had it not been for an elite defense playing as such, the deficit may have proven to be insurmountable. But the second half was a different story, Roethlisberger believing the offense was a much calmer version of itself after the break.

“But I thought as the game progressed, we all kind of settled down a little bit. And we were able to make some things happen. So a lot of what I thought in the game was kind of the reaction after watching it.”

Roethlisberger and the Steelers got into the end zone to take the lead thanks to a great catch by Diontae Johnson in the corner of the end zone, putting Pittsburgh on top 13-10. Moments later, Miles Killebrew’s blocked punt led to another touchdown. To close things out, the Steelers used a nine play, 48-yard drive that burned a couple minutes of fourth quarter clock. Chris Boswell nailed a 45-yard field goal, giving the Steelers a two-possession lead and effectively ending the game.

The Steelers’ offense, and this is obvious, will need to be better in the future. There aren’t a lot of games teams win when they’re shutout at halftime. But the win is all that matters. And to overcome it all, nerves, a top opponent playing on the road, and walking away victorious is a pretty impressive way to start a season.