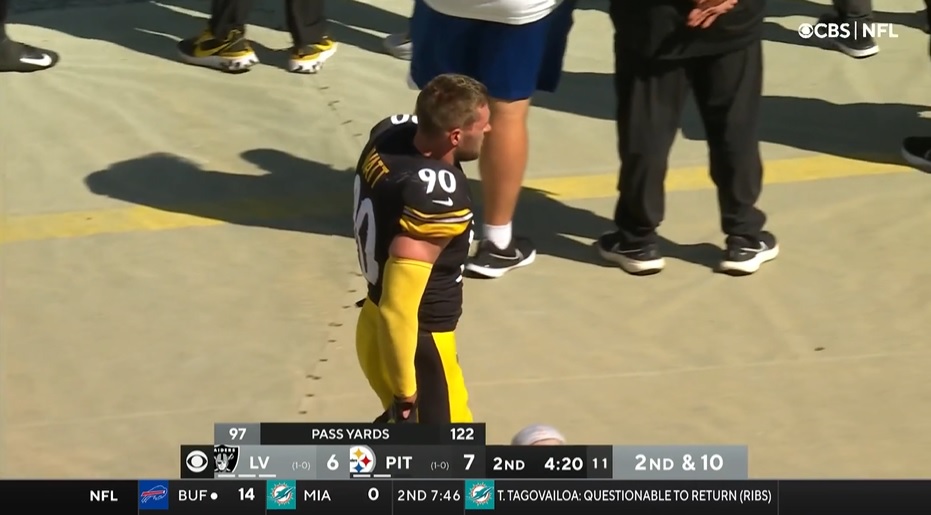 The Pittsburgh Steelers came out of Sunday’s loss to the Las Vegas Raiders as the walking wounded but it sounds like they’ll be a lot healthier for their Week Three game against the Cincinnati Bengals. According to NFL Network’s Ian Rapoport, OLB T.J. Watt avoided a serious injury and “has a chance” to play this weekend.

#Steelers LB TJ Watt, knocked out with a groin injury, has a chance to play this Sunday, I’m told. A good sign that — regardless of if he plays or not — it’s not a major injury.

Watt suffered a groin injury in the first half of yesterday’s loss and did not return. He had played well prior to leaving, recording a stop on 3rd-and-3 and his second strip-sack-fumble of the season, giving him three sacks. When he left, Pittsburgh’s pressure waned and Derek Carr went ahead to throw for 382 yards and two touchdowns to beat the Steelers.

If you haven’t read it already, check out Dr. Melanie Friedlander’s article on Watt’s injury. It comes to a similar conclusion that Watt shouldn’t miss much additional time.

The Doctor Is In: Watt’s Groin Injury Not Related To Missed Practice Time