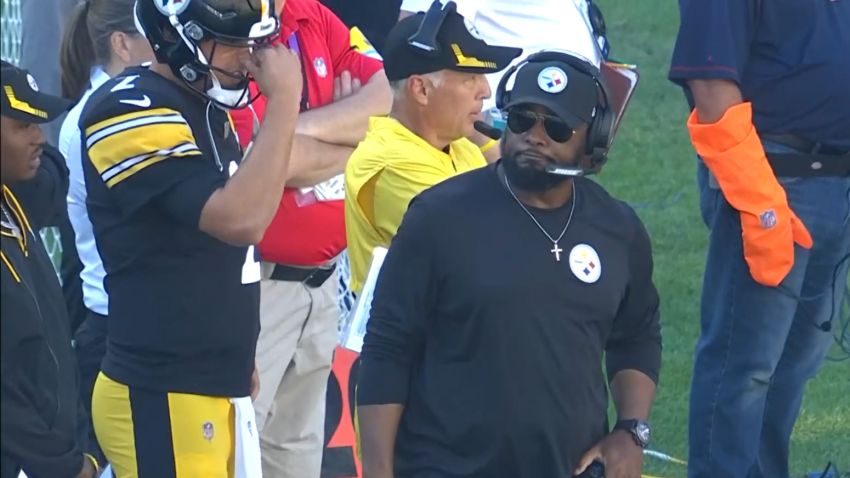 The Pittsburgh Steelers, quite literally, dropped the ball over and over again today. While their dropped passes that littered the Heinz Field grass was an issue, however, it was far from the only concern, nor the most significant, as the team played poorly for the vast majority of the game, resulting in an embarrassing 24-10 loss to the Cincinnati Bengals.

“Let’s not sugarcoat it”, head coach Mike Tomlin said in his post-game press conference. “We played poorly and we didn’t deserve to win”. Mission accomplished there.

Coach Tomlin speaks to the media following our game against the Bengals. pic.twitter.com/b1oAEqT4xT

In a flip of the typical script, the Steelers actually dominated time of possession today, running 77 offensive plays to the Bengals’ 42, but that has a lot more to do with Cincinnati’s efficiency, and a trio of drives by Pittsburgh of double-digit plays run, largely dink-and-dunk affairs.

“We’re a 1-2 football team”, Tomlin said, accurately accounting for the one victory and two losses the Steelers have so far on the season, which is about as nice a thing as can be said for the team on the day. “We’re not putting ourselves in positions to win football games”.

Again, accurate. When every single one of your starting offensive linemen registers at least one penalty, and you have multiple offensive pass interference penalties, you’re shooting yourself in the foot. A couple of holding penalties took some nice runs off the board, as well.

Not only that, the offense couldn’t keep quarterback Ben Roethlisberger protected, and the defense couldn’t get to the Bengals’ passer, Joe Burrow, who escaped the day without even being hit, let alone sacked. Roethlisberger was sacked four times, including twice in the fourth quarter.

While Roethlisberger finished the game with 318 passing yards, it came on 58 pass attempts, completing 38, though his receivers dropped at least half a dozen footballs. Running back Najee Harris, who caught 14 passes, also dropped three or four. Chase Claypool and Eric Ebron, just off the top of my head, also had a drop.

“None of us played well enough, him included”, Tomlin said of Roethlisberger. “None of us coached well enough, myself included”. Speaking of the coaching, and executing, the Steelers attempted to convert on 4th and 10. The Bengals showed blitz, so Roethlisberger threw a hot route to the flat, then the defense dropped into coverage. Completely blew the play up.

Burrow only dropped back to pass fewer than a couple dozen times, completing 14 of 18 for 172 yards with three touchdown passes. The Steelers did get one interception, but Roethlisberger threw two, including one truly awful one directly to the linebacker.

This is tape that, for the most part, you just want to burn. So much of what we saw out there today was just bad football, and bad discipline. Pre-snap penalties, drops, watching them again doesn’t fix those things. You just have to stop doing them. And unfortunately, the Steelers have another crack at it in seven days—on the road, against Aaron Rodgers and the Green Bay Packers.