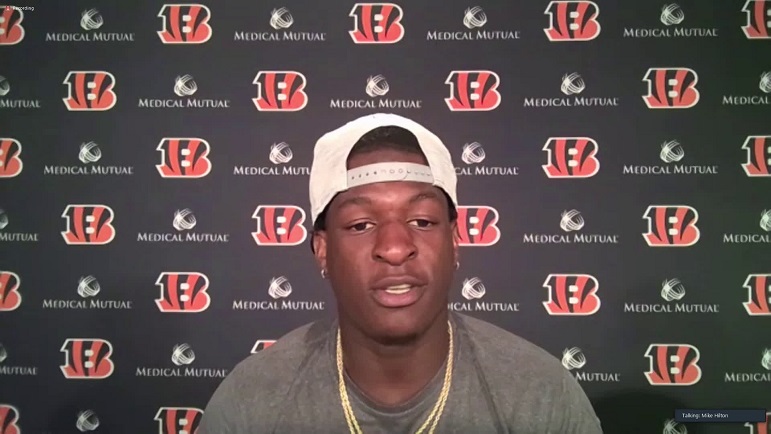 The Pittsburgh Steelers will host the Cincinnati Bengals on Sunday at Heinz Field, and that means we’ll get to see cornerback Mike Hilton for the first time in a different uniform. Hilton, who signed a four-year $24 million contract with the Bengals this past offseason as an unrestricted free agent, is expected to play in the slot on Sunday against the Steelers, and that means he’ll likely be asked to blitz quarterback Ben Roethlisberger some throughout the contest.

After not being able to really hit or sack Roethlisberger during his five seasons in Pittsburgh, Hilton said on Wednesday that he’s looking forward to getting the chance to hit and possibly sack the Steelers veteran quarterback on Sunday at Heinz Field and what it might feel like if he can do so successfully.

“Oh yeah, I’ve definitely had that run through my mind,” Hilton said. “And hopefully I get this opportunity on Sunday, and hopefully it will be a big play.”

Hilton was also asked on Wednesday if he ever told Roethlisberger how he would go about blitzing him.

“Nah, but I know they’re going to expect that,” Hilton said. “I’m trying to keep them off balance, you know, moving around and just trying to be deceptive when I’m coming and when I’m not, just to throw a wrench in their reads.”

Hilton is probably one of the best blitzing nickel cornerbacks in the NFL right now, and the Steelers are obviously well aware of that fact.

“Mike is being Mike,” Steelers head coach Mike Tomlin said on Tuesday of Hilton now being with the Bengals.

With the Steelers knowing all about what Hilton can do in the slot and especially as a blitzer off the edge, the Bengals cornerback was asked on Wednesday if he feels the need to change anything up on Sunday, and if he thinks about possibly counter punching differently because his former team knows him so well

“I don’t think so,” Hilton said. “I just gotta go out and do what I do. You know, be myself. Don’t try to overthink everything, just do what I’ve been doing for the last couple of years. And when the plays are coming my way, I just gotta be able to make them.”

Sunday’s game against the Steelers won’t just be another game for Hilton as he admitted on Wednesday that he’s been looking forward to playing the Steelers in 2021 ever since he signed with the Bengals way earlier in the offseason.

“I’ve had these games marked since I signed here,” Hilton said. “You know, the first one is here, I’m excited about it. Being on the opposite side, I know my welcome back to the Heinz Field might be a little rough, but I’m expecting it and I’m just going to embrace it.”

Here’s to Hilton embracing that but not embracing Roethlisberger until after the game and as a member of the losing team.

“He’s been doing it for a long time,” Hilton said of Roethlisberger likely to play on Sunday despite a left pectoral injury he’s now dealing with. “He’s a tough guy. We’re expecting him to play. So, we gotta be prepared and if he’s not, we’ll adjust it and, you know, do our job.”