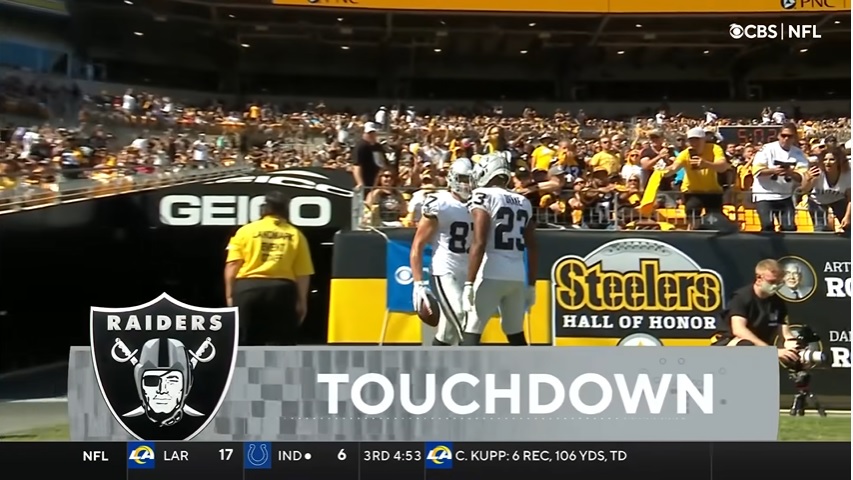 Derek Carr went after Joe Schobert time and time again Sunday afternoon. Schobert was targeted a whopping seven times and though he broke up a pair of passes, he also allowed five receptions, including a nine-yard touchdown to backup tight end Foster Moreau.

Speaking to reporters following Wednesday’s practice, Schobert went through what happened on that play.

“I mean the touchdown, outside leverage and just gotta use my help a little better than what I did,” he told reporters via Steelers.com. “Just stay outside on the seven route.”

Take a look at the play. Moreau runs to the corner and Schobert plays too far to the inside, despite having Terrell Edmunds as inside help on this play. It’s a great throw by Carr, but Schobert’s technique is slightly off and it costs him and the Steelers’ defense here.

Schobert also allowed a 25-yard grab to Darren Waller let in the game, helping the Raiders ice away the game. Overall, the team held Waller in check, a five-catch, 65 yard performance is far from his norm, but that was a big moment. Schobert broke down what happened on that play too.

“On the wheel, I wish I was a little faster to run with Waller on that one. It was a four minute mode that one’s a little harder because you’re playing the run, you gotta run gap and you’ve got coverage responsibility. And they, they called the play to win the game and they were able to execute.”

Here’s a look at that play, too.

As he said, that’s a play that’s harder to defend. More space vertically to cover and against a better athlete in Waller, arguably the most dynamic tight end in football. Schobert is also just an average athlete who does better in coverage when he can process in zone as opposed to running with a guy in man coverage.

On the day, Schobert allowed five catches on seven targets for 67 yards and one touchdown, a QB rating against of 141.1. A small sample size, to be sure, and the two incompletions against him were legitimately nice plays, but ultimately, these aren’t the results the Steelers need going forward.