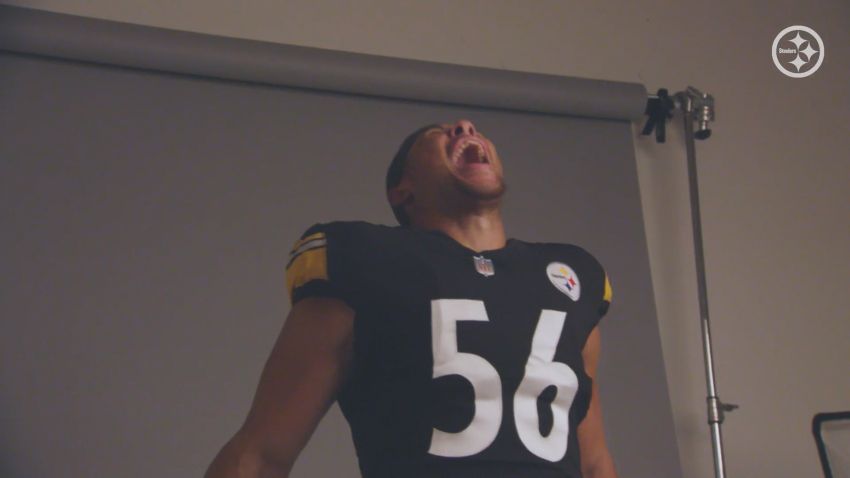 We’ve talked about it all summer. Alex Highsmith is a different man than he was a year ago. Bigger, stronger, and more comfortable with the Pittsburgh Steelers’ defense. But the biggest improvement in his game has been his first-step. The Buffalo Bills found that out the hard way this weekend. Though Highsmith didn’t record a sack, he consistently won the edge and gave left tackle Dion Dawkins – a very good player – all kinds of fits.

Speaking with reporters following Wednesday’s practice, Highsmith said improving his explosiveness and get-off is how he spent his offseason.

“If you don’t have to get off, you’re not gonna really get to where you want and be able to challenge offensive lineman,” Highsmith told reporters via Steelers.com. “And so I think that’s something that was one of my focuses this offseason. Really just working on my get off and get faster in that. So this season throughout the preseason and last week and I feel like I showed improvement on that.”

Highsmith’s get-off is tremendous and at the risk of sounding hyperbolic, might be the best on the team. Here’s just one example of it. Highsmith several yards behind the line of scrimmage before nearly anyone else has fired off the ball.

Highsmith was once flagged offsides but looking back at the tape, it’s hard to tell if he was. That snap came against backup LT Spencer Brown. Highsmith knew it and wanted to immediately test the rookie.

I have been meaning to post this for yinz. This is the Alex Highsmith offsides penalty from Week 1 against the Bills. This is zoomed and slowed. #Steelers @TeamHighsmith @highsmith34 pic.twitter.com/EqbrEGMDvP

With a get-off like that, he’ll be able to stress tackles to the outside. When they cheat and overset, Highsmith will be able to counter with his inside spin move that proved effective in the preseason. It’ll make him a big-time threat for opposing offensive lines.

Highsmith was asked the secret to being an explosive edge rusher.

Watching the live copies was something Watt began heavily doing last season, taking advantage of the lack of crowd noise that makes cadence hard to hear. Even with fans back in the stands, Highsmith is using the live broadcast copy to his advantage.

He’ll look to continue his success Sunday against the Las Vegas Raiders. That’s a matchup against left tackle Kolton Miller, the 15th overall pick of the 2018 Draft. Miller struggled early in his career but has evolved into a good tackle. So Highsmith will have his hands full. Then again, so will Miller.