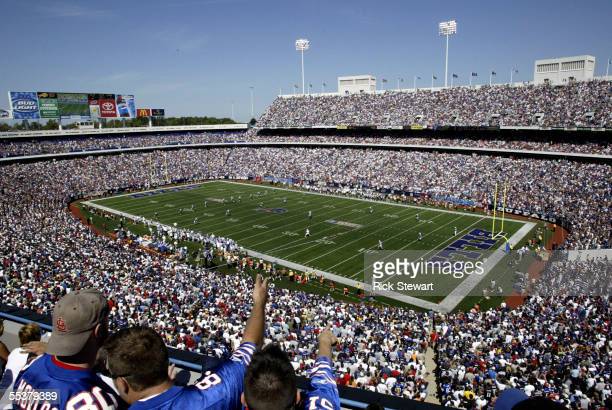 The Buffalo Bills are no easy win. If anything, the opposite. One of the rising clubs in football, they fell just one game shy of the Super Bowl in 2020. The challenges of facing Josh Allen, Stefon Diggs, and Tre White. But one of the underrated challenges of all is Bills Mafia. Mike Tomlin and JuJu Smith-Schuster have already used the phrase “hostile environment” to describe playing at Buffalo this Sunday. And playing in front of a large crowd is something the Steelers haven’t done in quite some time.

Talking with reporters Wednesday, Ben Roethlisberger recognized crowd noise will be a problem.

“It’s going to be tough,” he said via Steelers.com. “We’ll obviously have the speakers out here today. Make it as loud as we can. But you still can’t really replicate what it’s like. So far in the preseason, Coach Canada’s done a great job of getting plays in early enough that you can break the huddle and kind of have time to talk and communicate.”

Pittsburgh played their four preseason games this year in front of sizeable crowds. But the energy of a preseason games pales in comparison to that of a regular season contest.

Last season, the largest crowd the Steelers played for was just over 31,000 in a comeback victory against Dallas. When Pittsburgh traveled to Buffalo a year ago, there were no fans in the stands. When they play this Sunday, over 71,000 fans are expected to be in attendance. Bills Mafia has one of the most die-hard fanbases around, and there’s a 100% chance of fans crashing through tables, making it a tough place to play. Especially, as Roethlisberger noted, for a young team with plenty of new parts offensively.

“Hopefully that continues and we can just communicate. Especially as a young group all together, we can communicate. Things won’t always go well but we’ll see what we can do.”

Pittsburgh will start a pair of rookie offensive lineman in Dan Moore Jr. and Kendrick Green. The NFL is a different level but the good news is Moore and Green are no strangers playing to big crowds. Moore in the SEC, where college football is more important than the pros, and Green in the Big Ten, playing in some massive stadiums against top-tier opponents.

Still, it’ll be an adjustment for them. And everyone else. A welcomed sight, a sense of normalcy that didn’t exist last season, but an intangible challenge of a very difficult Week 1 opener.