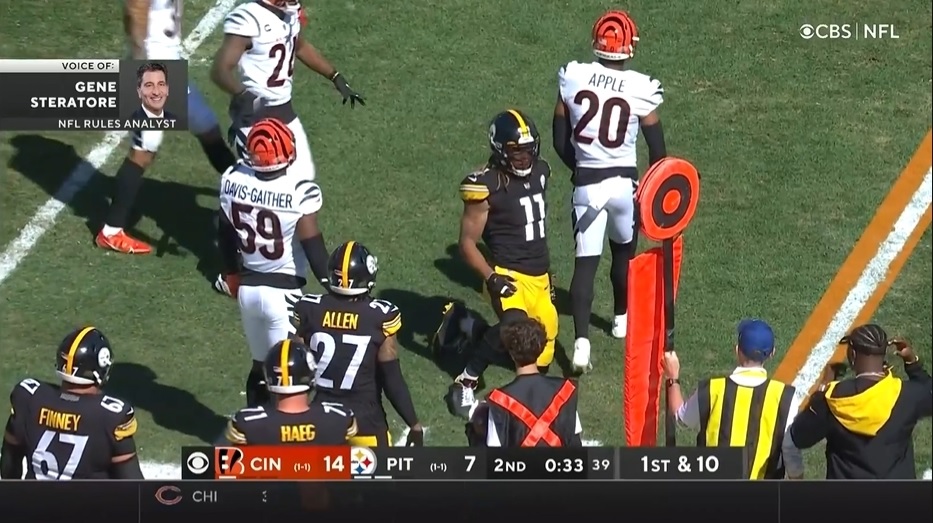 When the Pittsburgh Steelers’ offense throws the ball downfield, it’s almost exclusively outside the numbers. That’s not anything new with Ben Roethlisberger under center but on Monday, Chase Claypool was asked what the team can’t – or won’t – throw the ball down the middle of the field. Claypool said their routes and throws are often dictated by defensive coverages.

“I think they are playing some extra people in the middle field,” Claypool said via Steelers.com. “I know the outsides are pretty covered up, but it felt like every time we tried to attack the middle, they played one high.”

As was the case in Week 2 against the Las Vegas Raiders, a single high safety in the middle of the field (or MOFC for middle of field closed) makes that tough real estate to throw on. In those situations, offenses get more 1v1 chances on the outside. But the Steelers haven’t hit those often enough either, whether that’s a failed jump ball to Claypool or Roethlisberger overshooting James Washington for a would-be TD, as was the case late in yesterday’s game.

More interestingly, Claypool said defenses always seem to have an answer for whatever the offense is trying to do.

“Weird” is one word for it. Another could be “predictable.” That’s a word that’s become a catch-all in evaluating offensive play but to hear it directly from Claypool, that defenses always seem one-step ahead, it’s a damning comment that shouldn’t be overlooked. And one of several coaching reasons why this offense has struggled so much. It doesn’t absolve the execution issues, of which there are many, but it certainly contributes to it.

Over the middle or outside the numbers, the Steelers’ deep ball game must improve. As Dave Bryan noted on Twitter last night, Roethlisberger is just 3 of 13 with an interception on throws travelling 20+ yards in the air.