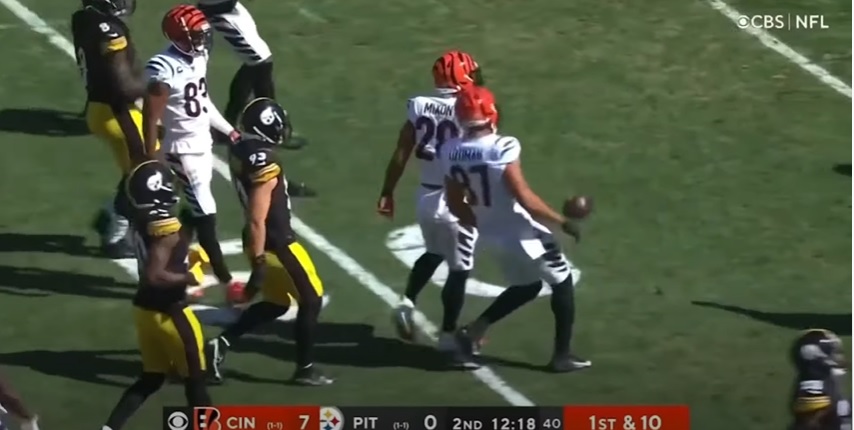 When it comes to issues on the Pittsburgh Steelers’ defense, the recent focus has revolved around two parts. A lack of pressure and big plays. Two things that often go hand-in-hand. In Sunday’s loss to the Cincinnati Bengals, Pittsburgh’s sack streak snapped and they allowed another chunk play, Ja’Marr Chase’s 34-yard TD at the end of the half. But their run defense was equally as shaky, allowing Joe Mixon and the Bengals’ offense to stay on schedule and rarely throw in the second half.

Talking with reporters Thursday, Cam Heyward recognized run defense as another area that must be cleaned up.

“For us, we got to do a better job of stopping the run,” Heyward said via the team website. “A lot of times they didn’t just put their quarterback in harmful situations. We’ve got to create a culture where he’s got to go out and play third and longs and have longer fields. Too many times they started at the 50-yard line and simply just ran the ball. We gotta do a better job of holding up on first and second down.”

While Mixon was held out of the end zone, he averaged a healthy five yards per carry, primarily by zone cutbacks the Steelers’ front zone were unable to close off. His 90 yards on the ground were the second most he’s ever rushed for in seven meetings against the Steelers, only trailing a 105-yard performance in a 2018 Bengals’ loss. It’s one reason why Joe Burrow only had to throw 18 times, the fewest attempts needing to beat the Steelers since…the Bengals last season when Ryan Finley went 7/13 in an upset victory.

Putting the opposition in third and long is always critical but to the Steelers credit, they’ve done that this season. Opposing offenses are averaging 7.5 yards to go on third down, tied for 9th best in the league, but the Steelers’ third down rate sits tied for 17th in football at 40%.

On paper, Pittsburgh’s run defense also looks strong, they’re one of just two teams not to allow a rushing touchdown so far, but some of that could be attributed by Buffalo and Vegas’ choices to simply not run the football. A team like the Bengals, with a run-first identity, were much more successful.

Green Bay’s offense runs through its quarterback but they have a talented running back in Aaron Jones. He’s as much a threat as a receiver as he is a runner and the Packers’ run game hasn’t done a tremendous job so far this season. But in Pittsburgh, their defense is built on stopping the run. The hopeful return of T.J. Watt and Alex Highsmith would be timely reinforcements both in the run and pass game.