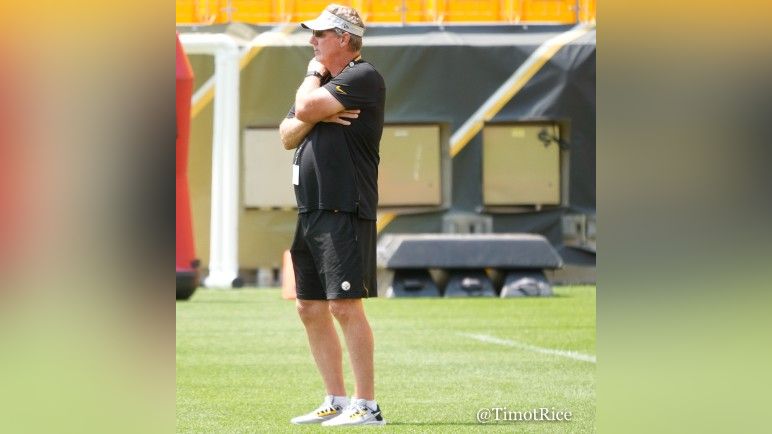 Defensive coordinator Keith Butler knows – and admitted – as much in speaking with reporters Thursday afternoon.

That information comes as no surprise. At least it shouldn’t. Watt didn’t begin practicing in full, meaning participating in team sessions, until yesterday. Throughout the entire summer, he worked only in individual drills or on the side, keeping some level of conditoning but not the Week 1 shape the rest of his teammates were in.

And no doubt, Watt playing for a fraction of his usual snaps is better than having him play zero snaps. But with Alex Highsmith dealing with a groin injury and Watt limited, the Steelers’ EDGE group, still a strength of this team, will be in for a challenge against the Bills.

It makes the Melvin Ingram signing that much more important. Ingram could wind up playing the most snaps of any Steelers’ EDGE rusher this weekend. Though 32 signed for rotational duties, Ingram had a stellar camp and has fresh legs to begin the season. It’s looking more and more likely he’ll have a key, high-volume role in slowing Josh Allen and company down. Butler in particular was excited to see Ingram out on the field this weekend.

The Steelers’ front seven has been their strength. And it will return that way in short order. But the defense must play well as the offense goes through its inevitable growing pains. And Pittsburgh’s defense isn’t in the best place possible to kick things off.