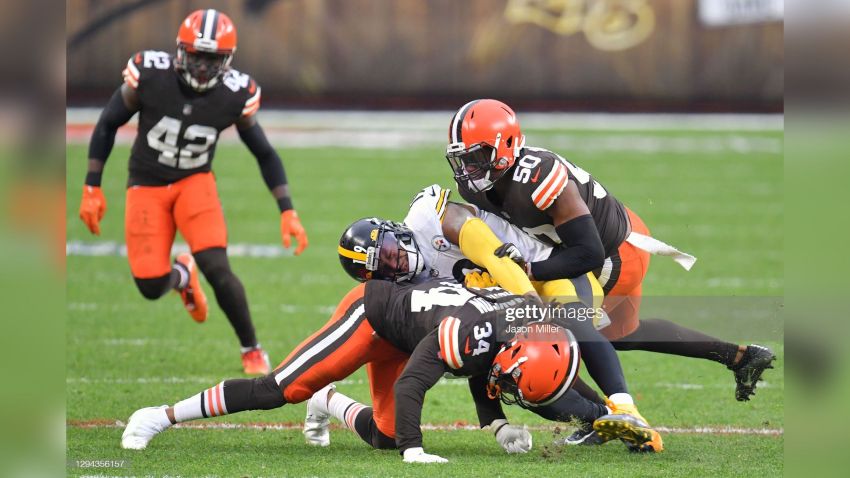 As with many teams around the league, the Cleveland Browns have already done some roster shuffling that was pre-planned, necessary procedural maneuvers pertaining to the Reserve/Injured List. In order for a player to be eligible to receive the Designated For Return label and be able to play again that season without being released, they must be on the initial 53-man roster.

That’s why the Browns kept second-year linebacker Jacob Phillips on the initial 53-man roster, even though he suffered a torn bicep in practice last month. Including him on the roster before moving him to the Reserve/Injured List, which they did on Wednesday, at least leaves open the possibility that he could play again in 2021.

“He has had surgery”, Browns head coach Kevin Stefanski confirmed about his young linebacker, who will be unavailable for a while. “He is here. He is rehabbing here. Hopefully, he attacks this rehab like I know he will and then see where we are as he gets healthy”.

Under the current rules, a player who is on the Reserve/Injured List after the initial rosters are set must remain there for at least three games, but would be eligible to be brought back to the 53-man roster at any point after that (though it must still occur within three weeks of the player’s beginning to practice, whenever that takes place).

Phillips’ injury is obviously going to keep him out for a lot longer than that, and it’s certainly not even clear whether or not he will be able to return to play this season, but it’s better for Cleveland to leave the possibility open.

Drafted in the third round out of LSU last year, he played in nine games as a rookie last season, starting three. He recorded 25 tackles during that time, along with a pass defensed, a tackle for loss, and a quarterback hit. He logged 169 snaps on defense and another 83 on special teams. He also dealt with injuries during his rookie year.

Phillips was running as a second-team linebacker this summer behind Anthony Walker Jr., who was signed as a free agent, and Mack Wilson. Malcolm Smith and rookie second-round draft pick Jeremiah Owusu-Koramoah make up the rest of Cleveland’s depth chart. JOK, obviously, is expected to be a starter one day, perhaps at some point this season.