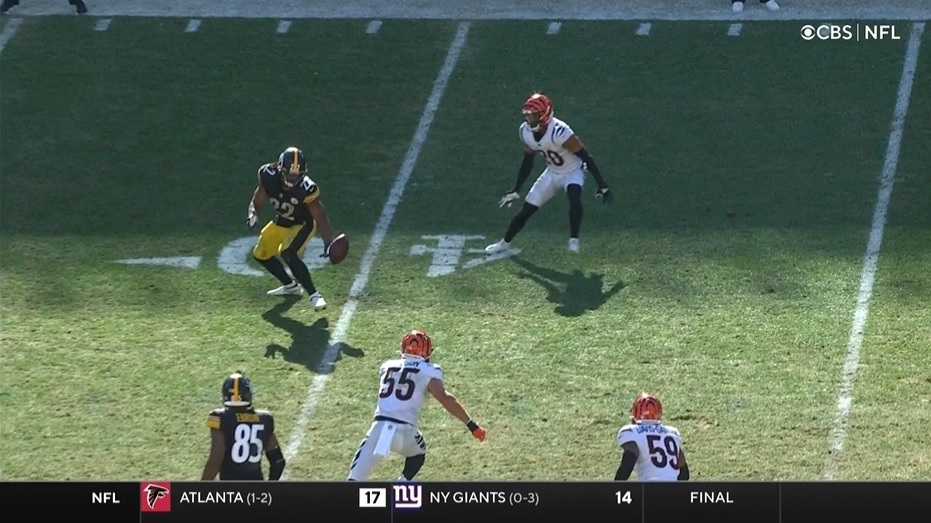 Ben Roethlisberger and the Pittsburgh Steelers talked about a “no quit” mantra following Sunday’s 24-10 loss to the Cincinnati Bengals. But to hear it from the opponents view, they did just that. Bengals’ WR Tyler Boyd believes the Steelers quit at the end of yesterday’s game and made that point very clear speaking to reporters Monday.

“The last plays of the game for them, they gave up,” Boyd said this morning.  “You could see it. They had three drops in a row. To see that, that’s giving us more power. To give us the antidote to know how good we are.”

Pittsburgh dropped three straight passes on their final drive of the game. Two by RB Najee Harris and one by WR Chase Claypool, capping off a day where the offense dropped at least seven passes. Here’s a look at the final three.

You can feel the poor body language in all those clips. Those drops didn’t rob the Steelers of a win, the game was basically over, and the offense sure acted like it. Boyd said that’s a sequence you’d never see from the Bengal

“For a team to lay down like that before the game is over, no matter how much we’re losing by or whatever the case may be, I know me, I know us, we’re not going to give up. We’re going to continue to try and make plays and make something happen. But they portrayed it to the whole nation on TV what they were about and how they gave up.”

It’s a strange place to be with the Steelers looking like the Bengals did for so many years. Getting crushed at the end of the game and limping to the finish line, more focused on going home than they are closing out a game. At Heinz Field, no less.

Sitting at 1-2 and all alone in the AFC North’s basement, the Steelers will need to quickly regroup for Week 4. After two home games, they’ll travel to Lambeau Field to take on the Aaron Rodgers-led Packers, fresh off a thrilling victory against the San Francisco 49ers. Since their Week 1 dud against the Saints, Green Bay has put up 30+ points in each of their last two games.

Even if Pittsburgh’s defense keeps the score down, the offense will need at least 20 points, and probably more to win this one. If not, they’ll fall to 1-3 in a competitive division and conference and their playoff chances could end less than one-quarter into the season. Since 1978, Pittsburgh has begun the season 1-3 seven times. Only once – 2002 – did they manage to make the playoffs.