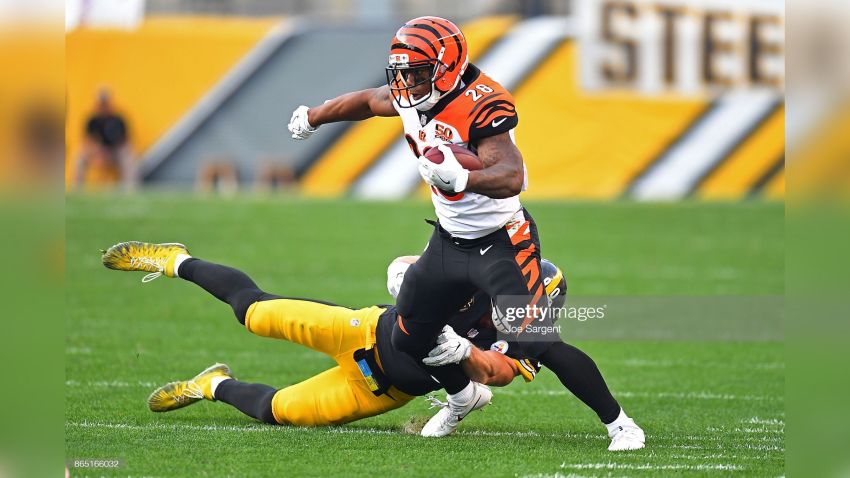 While the Cincinnati Bengals have a number of explosive weapons at receiver in Tee Higgins, Tyler Boyd, and Ja’Marr Chase, the rushing attack has really developed into a key piece overall for the Bengals under head coach Zac Taylor, so much so that Joe Mixon has quietly developed into a bonafide top 10 running back in the NFL.

The offensive line has always been the question mark, but in Week 1 against the Minnesota Vikings, the Bengals got off to a fast start, helping Mixon rush for an NFL-high 127 yards and a touchdown in the Week 1 overtime win. Cincinnati fell off some in Week 2 against a stout Chicago Bears’ front seven, but the Bengals remain one of the top rushing offenses in football.

Week 3 brings another tough test in a Pittsburgh Steelers’ front seven that — while beat up and missing some key guys — remains a stout defense against the run. The Bengals and Taylor are looking forward to the challenge though, stating that it’s an opportunity to showcase just what they can do on the ground against a formidable opponent, one that is a divisional rival on top of it.

“We had the leading rusher in the NFL after one game, so I think things went well in the first week,” Taylor said to reporters according to Bengals.com. “And then the second week we faced a really good front. I mean, I think there’s more money invested in that front than any team in the league, so we knew that there was going to be challenges. Pittsburgh, they rush the passer, they hit the quarterback — watching Buffalo and Oakland — these quarterbacks got hit a lot by Pittsburgh, so we know that it’s going to be a physical, bloody game and protection in the run game. We’re ready for it. We’ve seen it over and over and over. Our guys are excited about that opportunity to showcase what they can do.”

The Steelers should be well-prepared for the Bengals’ rushing attack, considering the last time the two AFC North rivals squared off the Bengals rushed for 152 yards and two touchdowns on 41 attempts, leaning heavily on then-quarterback Ryan Finley’s athleticism to add a read-option dynamic to the offense, leading to a 27-17 upset win for the Bengals in Cincinnati.

Mixon and Burrow obviously didn’t play in that game, and the Bengals also added veteran tackle Riley Reiff to the mix up front, while rookies Jackson Carman and D’Ante Smith should debut at right guard this week in place of Xavier Su’a-Filo, giving the Steelers some new pieces to be prepared for in the run game.

Regardless of how depleted the Steelers may be this week up front, the Standard is the Standard. Stopping the run will be key. Do that, and the Bengals become one-dimensional and easier to beat, much like the Bears showed in Week 2.