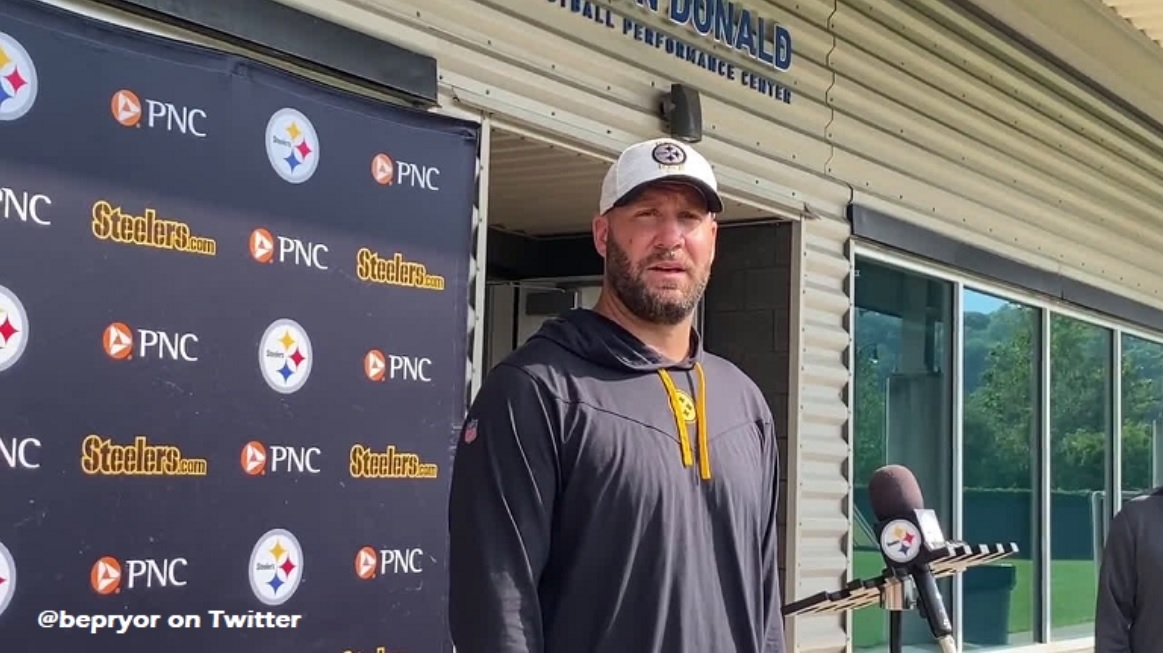 Ben Roethlisberger isn’t T.J. Watt’s agent. But he did a pretty good job of selling the idea of the Pittsburgh Steelers getting a long-term deal done with Watt ASAP. Speaking with reporters Wednesday, Roethlisberger fully supported Watt getting however much money he wants.

“I think T.J. should get whatever the heck he wants,” Roethlisberger told reporters. “He’s arguably the best football player in the game right now. Not just on defense but in general…one of the reasons I took less money was for guys like him to get paid. And he needs to get paid. He deserves every penny he wants and asks for. And T.J. Watt is that guy that should get whatever he wants.”

That video comes courtesy of ESPN’s Brooke Pryor, who tweeted out Roethlisberger’s response when asked about Watt’s situation.

Ben Roethlisberger sending a pretty clear message to the Steelers front office: give TJ Watt everything he wants and give it to him now. pic.twitter.com/IJAtU49CPb

Roethlisberger followed up those comments with more support for Watt.

More Roethlisberger on Watt: "when you negotiate a new contract, it’s 2sided. When the higher ups are in charge, there’s only so much you can do. We all feel bad for TJ. .. He was here every single day& he didn’t need to be, working, busting his butt. He should get taken care of"

Of course, the situation isn’t quite as black and white as Roethlisberger’s made it out to be. The issue, by all accounts, isn’t over how much money Watt should get. Whether or not he should become the highest paid defensive player in the NFL. It’s a matter of contract structure and fully guaranteed money, as Dave Bryan laid out in a recent post. Here’s part of what Dave wrote in his post.

“Undoubtedly, Watt and his representation are trying to get the Steelers to finally budge on guaranteed monies past the signing bonus. The Steelers, however, are trying to hold their ground and not let Watt be the one to break precedent.”

That’s led to a staring contest between both sides for days and perhaps weeks now and is the number one reason why a deal hasn’t struck. Wednesday could be a key day. Yesterday, Mike Tomlin said he was confident and expected Watt to participate fully in today’s practice. But Watt’s stance all summer has been not practicing in full until a contract is agreed to. It’d be giving up a lot of leverage to change his mind now.

Both sides have been clear they want to get a deal done. And odds are still in favor of it happening before the team travels to Buffalo. Roethlisberger, clearly, wants it to happen, and maybe his comments can nudge both sides in the right direction.