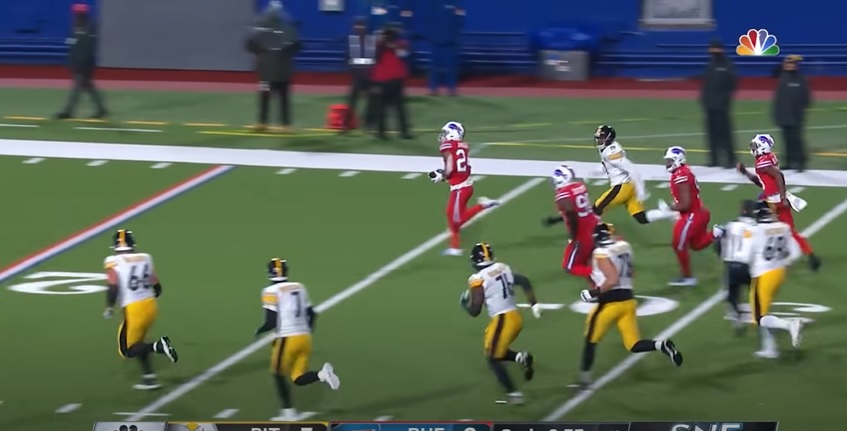 Speaking to reporters Wednesday, Ben Roethlisberger was asked if the pick-six he threw against the Buffalo Bills last season sticks in his mind as he squares off against them in Week 1. And as back-breaking as that pick was, of course it doesn’t. That play happened months ago. And the only way to be an effective quarterback in the NFL is to have a short memory, not carry around the baggage of that moment.

But Roethlisberger’s answer led to another question.

“Do you how many pick-sixes I’ve thrown in my career? Me either.”

The “me either” was his response to the reporter saying he didn’t.

We know. Thanks to Pro Football Reference and their Stathead feature, we can easily pull up the number of regular season pick-sixes #7’s ever thrown. And the answer is? 17 of them. Which honestly feels a little higher than I expected.

All 17 have been to different players. Without subjecting you to the torture that’d be reliving all 17 of them, let’s just look at the first and last ones. Roethlisberger’s first pick-six came in his first game, subbing in for the injured Tommy Maddox in a Week 2 loss to the Baltimore Ravens. Down ten and attempting to lead his team back, Roethlisberger threw right into the arms of CB Chris McAlister, who ran it back and jumped over a fallen Roethlisberger into the end zone.

Some obvious miscommunication on the play as the Steelers made a desperate attempt to climb out of a 20-0 game. That game feels so long ago. Mostly because it is. Deion Sanders was still in the NFL that day, chipping in with a Sanders-classic 23 yard punt return (and an ensuing Sanders-classic 15 yard taunting penalty after it).

I’d say I got my feet wet, but I got my whole leg wet,” Roethlisberger told ESPN after the game. “It’s tough, you come out and your first game is against probably one of, if not the best, defense in the NFL.”

The last pick-six, the premise behind this article, came last season. A throw behind JuJu Smith-Schuster, intercepted by Taron Johnson for a 51-yard score, giving the Bills a halftime lead they wouldn’t give up.

And 15 others inbetween. Here’s the list of players to pick-six Roethlisberger over his career.

A lot of “who?” on that list, which is one part quirky and one part a product of how long Roethlisberger’s been in the league for. Thirteen of those seventeen picks came from 2004 to 2013 so that’s an additional reason for this obscure-looking list.

Hopefully Roethlisberger doesn’t add an 18th to that list this year. Or at least this Sunday.