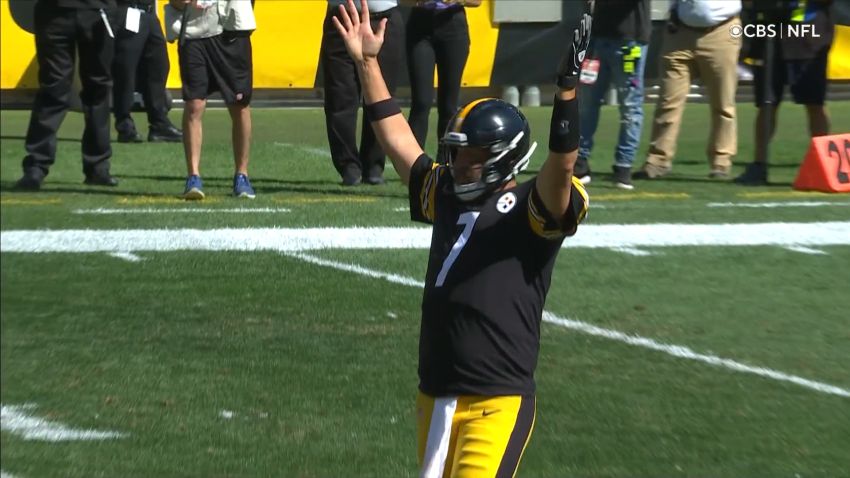 How bad can an offense look while still being close to being effective? How many ‘one-block away’ plays can you have before you start to think that you’re always going to be one block, one route, one juke away from being successful?

The Pittsburgh Steelers’ offense this season certainly seems to have always been one element away from succeeding this year, if not more than one. But they continue to express confidence that they can get there, as quarterback Ben Roethlisberger did yesterday.

“I really just think there’s not this one big glaring thing”, he told reporters while discussing how to get the offense going, and if it was an individual or collective issue. “It’s just a little thing here, little thing there, which I think is why we can be encouraged as an offense that it’s not that far”.

We can certainly isolate a number of plays in which that was true—hold one block a split second longer here and you’ve got something; tighten this throw and it’s an explosive play—but really, isn’t this what separates the good teams from the bad teams? The good teams more consistently get everything right at the same time.

“Football is the ultimate team sport. We can sit and look at the performances. We’re only as good as our last one”, Roethlisberger said. “You look at it and there were a couple plays here, a couple plays there: penalties, missed throws, missed catches, just whatever it may be that hurt us”.

Penalties have certainly been a factor for the past two games, particularly last week. Every single offensive lineman was penalized at least once, whether pre-snap or post-snap. They had multiple offensive pass interference penalties, including one inside the five-yard line.

“I think the penalties, obviously, you can talk about that. We had some big plays that got called back that would have either sustained drives or got a drive going”, the quarterback said, which was particularly true in the first half. “When you put yourself behind the chains at first-and-20 or second-and-whatever it is, it’s hard to overcome”.

This Steelers offense makes it look impossible to overcome, and that wasn’t always the case in the past. There were times where you could still feel good about Roethlisberger dropping back on 2nd and 15 with the plausibility of them moving the chains within two plays.

Now it seems like they can’t afford to get off-schedule at all, and the fact that their first-down offense in particular has been so disappointing only makes matters worse. Maybe if they start hitting on that one more element per play, things will suddenly look different. But I doubt it, at least in the immediate future.