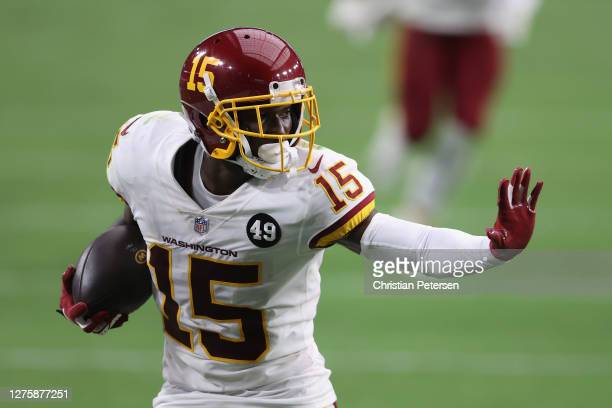 Reasoning: The third-year veteran wide receiver agreed to sign to the Steelers’ practice squad, and has already been identified as one of the players there who has the highest potential to be called up to the 53-man roster.

The Steelers were able to carry up to six players on their practice squad of veteran status with more than two years of accrued experience who have dressed for six or more games during the regular season. As of this writing, they have five of them, none of whom would have been eligible several years ago, and most of whom wouldn’t have even been eligible in 2019.

Steven Sims, the third-year wide receiver, is one of those players on the periphery of that discussion, because the rules had already involved allowing for players up to their third season to continue to qualify for the practice squad, albeit possibly taking up one of the ‘veteran’ slots if their playing time qualified.

A 2019 undrafted free agent, Sims has caught 61 passes in 28 career games for 574 yards with five touchdowns. He had more of an impact during his rookie season, particularly late in the year, before more overhaul in Washington, as well as injuries, reduced his role last year.

He didn’t make the cut this year, obviously, and he signed with Pittsburgh. I’m betting that the Steelers weren’t the only team who offered to sign him, but rather they were the team who potentially offered him the best chance to be promoted.

For one thing, they only have five wide receivers on the roster, when many carry six. Ray-Ray McCloud is here primarily as a return man, but Sims has done that well in the past, and offers more nuance on offense. It’s not inconceivable that, at some point this season, he ends up getting promoted, though I wouldn’t bet on it, either.