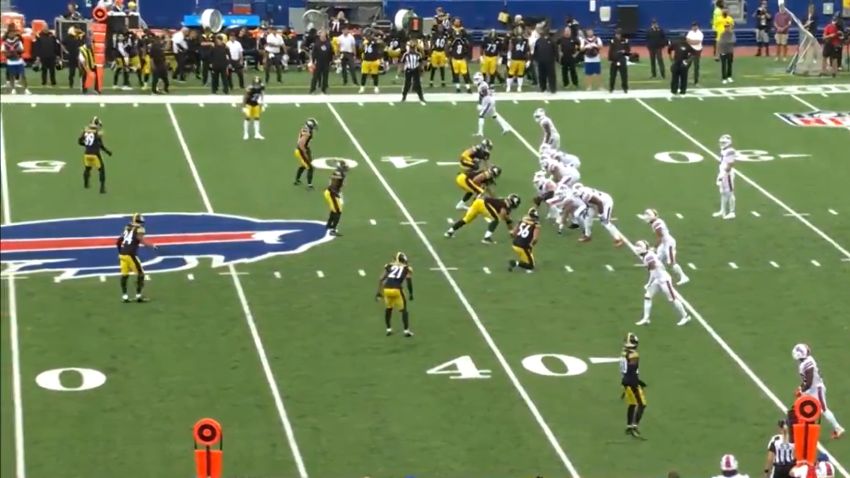 Question: Will the Steelers eventually settle on a ‘primary’ nickel defense?

The Steelers used several different combinations of defensive backs in different positions within their nickel defense in yesterday’s regular-season debut over the Buffalo Bills. Essentially, four different players played in the slot, with seven different defensive backs receiving playing time in all.

But that doesn’t mean that is the plan moving forward. There are multiple reasons that the Steelers could have taken that approach for this particular game, both because of the timing and because of the specific opponent.

The Bills are a team that passes a lot, and spreads the ball around a lot—though they only targeted six players on 51 attempts yesterday. But they dictate that you put defensive backs on the field, with Stefon Diggs, Emmanuel Sanders, and Cole Beasley their top three receivers.

The element of surprise, the lack of clarity on what they actually have in the secondary, and the matchup value of mixing and matching, all likely contributed to the variety of personnel groupings we saw yesterday.

The questions that remain for me are now, will we continue to see a diverse grouping of defensive backs in the nickel defense, how diverse will they be, and in what context? If there is one personnel grouping that stands out and starts to rise above the rest, is that the one they move forward with? Or will we continue to see a mixture of James Pierre, Tre Norwood, and Arthur Maulet?