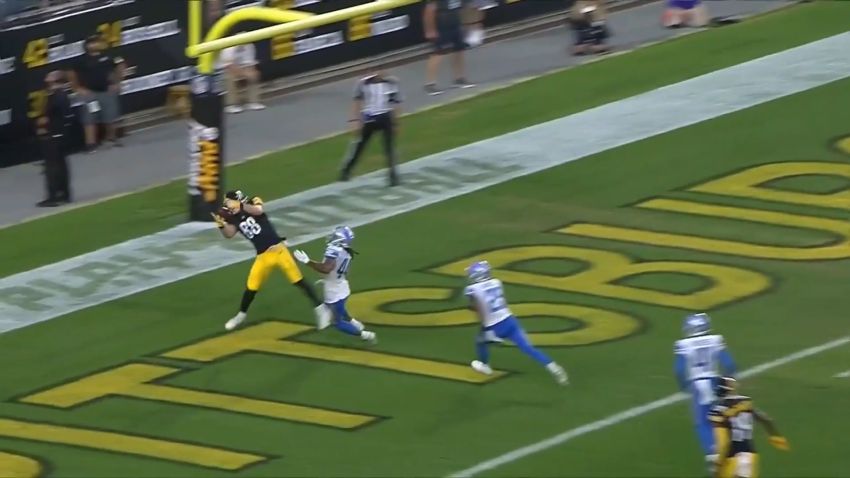 Question: What will Pat Freiermuth’s rookie season numbers look like?

For better or worse, the Steelers seem to be going all in on their rookie draft class being major contributors to their offensive efforts this year. That includes second-round tight end Pat Freiermuth, who was named a co-starter at the position alongside Eric Ebron.

Exactly what that means remains to be seen when it comes to how it plays out on the field, but it obviously suggests that they intend for him to have a significant role this year. He showed during the preseason that he is capable of being a weapon as a receiver in this offense.

With that in mind, what will his numbers look like at the end of this season? What kind of statistical output would reasonably be expected from him within the Steelers’ offense? That’s obviously hard to answer, with so many variables going into the season, but it’s still a topic worth considering.

Ebron caught 56 passes for 558 yards and five touchdowns last season in his first year for the Steelers. Given that Pittsburgh’s offense is centered around 11 personnel, and that there are now two pass-catching tight ends, with only one football to spread around, I don’t know that that is an unreasonable ceiling.

But the Matt Canada influence remains to be seen. He wants to make this offense more efficient, for one thing, and put players in position to make plays, something they struggled to do last year. Freiermuth could have fewer receptions for more yards.