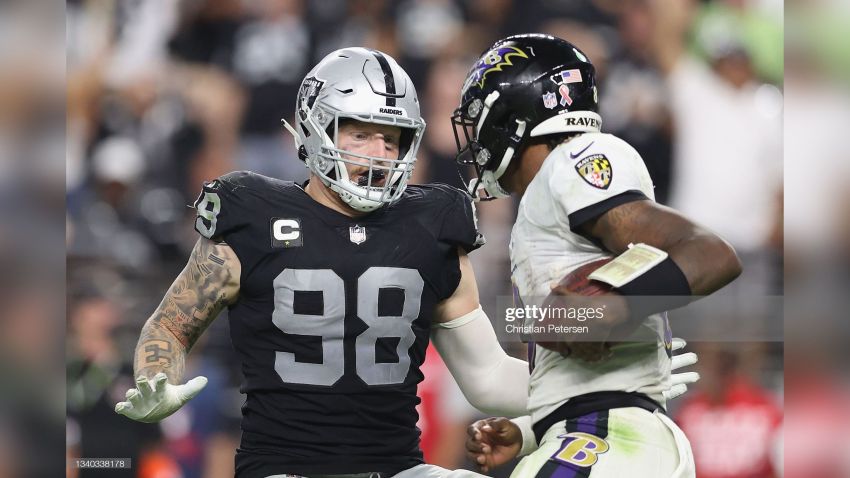 Question: Is the Las Vegas Raiders’ pass rush as good as they looked against the Baltimore Ravens?

This question has to come with a major qualifier, because the Raiders have already taken some hits since Monday night. For starters, Gerald McCoy was injured in that game, though he only played nine snaps. So was Yannick Ngakoue, who doesn’t appear to be anticipated to play on Sunday against the Steelers, though that remains to be seen.

But the Raiders still have Maxx Crosby, who was dominant as a pass rusher against the Ravens, recording two sacks and five quarterback hits. The Raiders had the highest pressure percentage of any team in the league last week.

How worried should the Steelers be? After all, they did play a pretty good Buffalo Bills defensive front last week, and survived it relatively well, though a lot of that has to do with Ben Roethlisberger’s quick release.

In a way, this question can be asked differently: will the Raiders’ defensive front have the same sort of impact on the game against the Steelers as they did against the Ravens? Pittsburgh can try to avoid that by getting rid of the ball quickly, which should mitigate at least some of the pressure. But is the Ravens’ offensive line really that much worse than the Steelers? I’m not sure many people predicted that even a week ago.