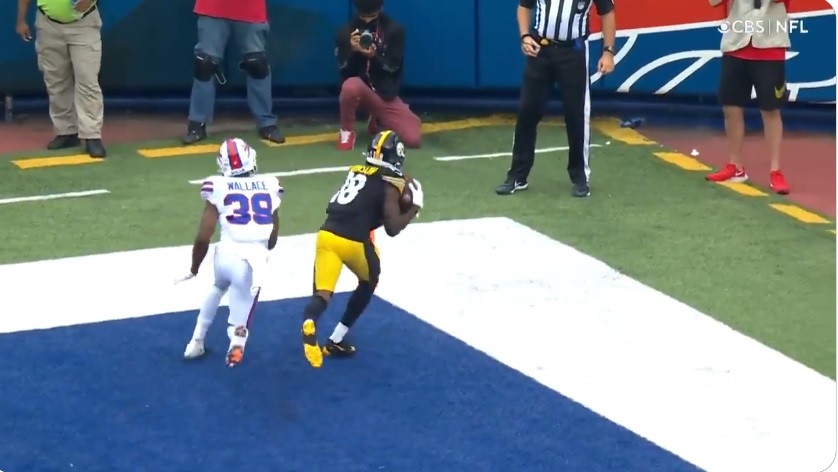 Question: How much more comfortable will the offense look in their home opener on Sunday?

Even the casual observer could tell that the Steelers offense that took the field in the first half this past Sunday against the Buffalo Bills was a group filled with anxiety. A group with four rookie starters, a new offensive coordinator, and playing in front of a large hostile crowd for the first time in over a year, it’s not a shock that they had ‘the jitters’, as quarterback Ben Roethlisberger admitted on Wednesday.

But will they be over that by the time they host the Las Vegas Raiders in their home opener? With a game under their belt, 60 minutes of working with offensive coordinator Matt Canada piecing together what works, and with a friendly crowd of tens of thousands behind them, how comfortable can this group look?

The Raiders’ strong pass rush is not going to help matters, though they generally, for the most part, handled what the Bills had to offer, partly through Roethlisberger’s quick-release delivery. What I’m looking to see, though, is efficiency, and sustained drives.

The Steelers had six meaningful first-half possessions on Sunday. None lasted more than five plays or gained more than 25 yards, or even ended in a field goal attempt (or a turnover). Yet each of their four meaningful possessions in the second half gained at least 26 yards, and scored every time, while four of the five produced nine-plus plays.

And their shortest drive, a four-play, 26-yard possession, was the one that finished in the end zone, a drive that benefited from a 26-yard pass interference penalty for 52 net yards. Is this a sign of things to come?