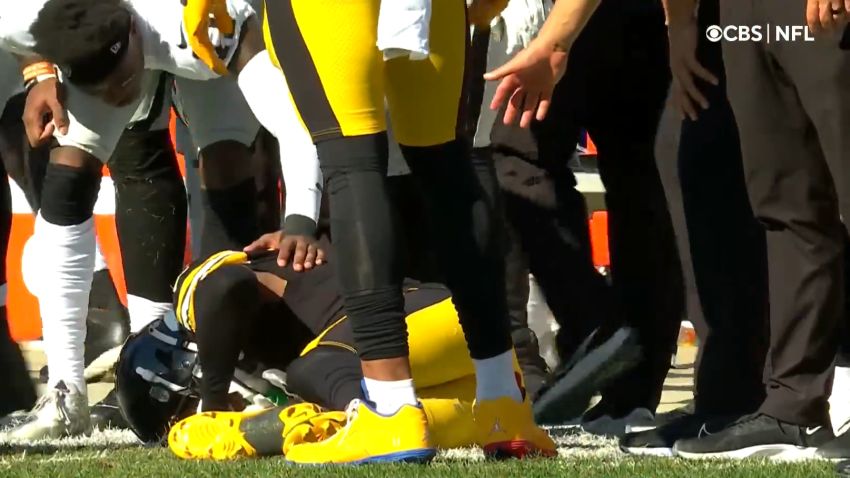 Question: How is Diontae Johnson’s knee?

I don’t know about you, but for me, the biggest question I have today is this one. The third-year wide receiver suffered a knee injury on literally the final play of the game, and he had to be helped off the field when all was said and done. Head coach Mike Tomlin did not provide an update about the severity of the injury.

Johnson is quarterback Ben Roethlisberger’s favorite target, and while there remain kinks in their connection, as we saw for example on his intercepted pass, they have the potential to be a highly productive duo.

So what is the significance of Diontae Johnson’s banged-up knee? First and foremost, will it cause him to miss any time? Secondly, whether it causes him to miss time or not, will it become a lingering issue that affects his ability to create space, put nuance in his routes, and evade defenders with the ball in his hands?

All of those qualities are essential to Johnson’s game and make him such a desirable target, so if he is going to be hindered by the lingering effects of a knee injury, then that is a major concern. JuJu Smith-Schuster dealt with a knee injury in late 2019, and there have been suggestions that it continued to affect him last year.

This is, of course, the problem with having very limited information. it’s entirely possible that he just banged his knee and that he’ll be perfectly fine the next time he steps onto the field in a week. But until we know more, it leaves open the possibility of something more concerning.