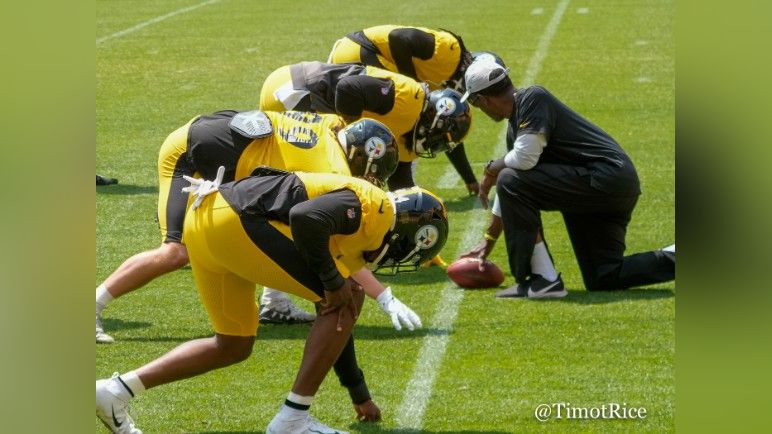 The Pittsburgh Steelers’ d-line is going to Flavortown. And Mike Tomlin likes what that group is cooking up. It’s been no secret the Steelers’ defensive line is among the strongest and deepest position on this team. On Monday, Tomlin was asked to evaluate that group top to bottom.

“We’ve got a nice mix,” Tomlin told reporters via Steelers.com. “We’ve got some young guys with talent. We’ve got some older guys that know what it is they’re doing. And I think when you have that, you got the ingredients for a good group. All the older guys understand the standard. They assist in the coaching and the maturation of the young guys. And young guys bring their talents. I’ve been pleased with the production and the talents displayed of the younger guys.”

Defensive line could be where the team’s most difficult cuts land. The decision between guys like Isaiahh Loudermilk, Isaiah Buggs, and Carlos Davis and the possibility the team keeps seven of them, an unusual but warranted decision based on how well this unit has played. That doesn’t even mention Henry Mondeaux, an athletic special teams standout who should at least make the practice squad.

At the top sits the excellent trio of Cam Heyward, Stephon Tuitt, and Tyson Alualu. Heyward is one of the Top 100 players in football and Tuitt deserved to be on that list with him while Alualu is a 34-year old going on 24. Behind them includes veteran Chris Wormley, quietly enjoying an impressive summer in his second year with the team. He has the benefit of a full offseason after being traded over from Baltimore last season with COVID disrupting the spring and summer schedule.

Depth here makes the situation with Tuitt a little less concerning. Tuitt’s status and availability for Week One against Buffalo is unknown after missing all of training camp. He’s yet to return to practice since either. If he’s out or on a limited snap count, there’s plenty of talented players behind him to pick up those reps.