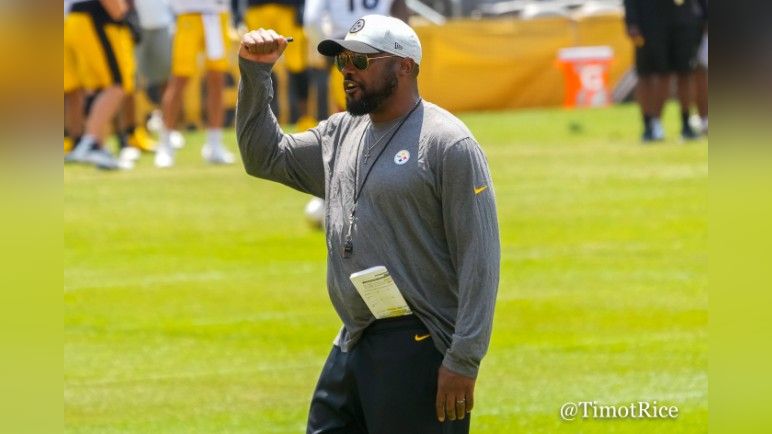 The Pittsburgh Steelers are back for the first time in seven months, and in a preseason game for the first time in almost two years. Selected to compete in the Hall of Fame game against the Dallas Cowboys Thursday by virtue of having five players entering the Hall this weekend, the Steelers gave those legends a celebratory start to the four days of festivities with a 16-3 victory over the Dallas Cowboys.

“To play, particularly just all that was going on this weekend here in Canton, the great Steelers being enshrined in the Hall of Fame, it was an honor for us to play and entertain them,” Tomlin said following the victory, the fourth consecutive preseason opener the Steelers have won.

Bill Nunn is being enshrined posthumously, and safety Troy Polamalu was unable to be there after recently testing positive for COVID-19. But Pittsburgh had guard Alan Faneca, safety Donnie Shell, and coach Bill Cowher in attendance for the game, and all three witnessed the team shake off a first half where Dallas led 3-0 and controlled the game, and score 16 unanswered in a shutout second half.

“We’re thankful to win, I think anytime we step into a stadium that’s the objective, but larger than that from a big picture standpoint, there was a lot to be learned from the things that happened,” Tomlin said. “Some positive, some things that we can build on, some things that were negative that we need to eliminate from our play in all three phases. Just in general, I liked the enthusiasm and the energy in which the guys played with. I just think that’s important.”

Energized by a live crowd, many of which were Steeler fans evidenced by the reaction Cowher received during HOF inductions, the Steelers began getting an in-game look at the players competing for the final spots on the 53-man roster, as Pittsburgh rested almost all its starters for the preseason opener.

Among the positive things that happened was an interception by safety Donovan Stiner, a fitting moment given the two safeties inducted this weekend for the franchise. Also there were sacks to put a smile on the face of the blitz-happy Cowher, including sacks in big moments from Alex Highsmith and Cassius Marsh in the first half to prevent Dallas from scoring a touchdown instead of just the one field goal. And punter Pressley Harvin III became an instant fan favorite with three punts pinned deep, including one at the one-yard line, and a fourth that ended up in a fumble.

Among the negatives for the team to eliminate over the next three preseason games were broken coverages that allowed Dallas backup QBs Garrett Gilbert and Cooper Rush to build four long drives in the first half. And for things to build on, the offensive line cleared a couple lanes but looked like a group playing four back-ups and a rookie on Thursday. And neither Mason Rudolph or Dwayne Haskins inspired as the two fight for the backup QB spot and pole position to replace Ben Roethlisberger following the season.

Pittsburgh is one of only two teams getting four preseason games this season. Thursday’s win is the first in a month-long step to build the roster toward regular season shape.