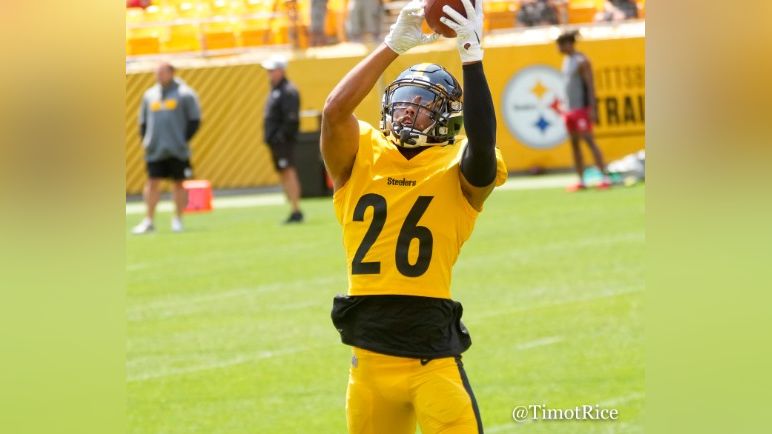 The weekend is about enshrining five legends of the franchise. Thursday night was about bringing in a new NFL season, and getting the first look at many of the surplus players fighting to make a mark on the franchise this season.

Competing in the Hall of Fame game against the Dallas Cowboys at Tom Benson Hall of Fame Stadium in Canton, Ohio, the Pittsburgh Steelers overcame a poor first half performance that was dominated start to finish by the Cowboys, and flipped it around to control much of the second half and honor its present Hall of Fame guests with a 16-3 victory.

“We’re going to use them all, we got a lot of guys to get to know,” Steelers’ head coach Mike Tomlin said during the pregame show on FOX Sports.

One of those many guys is Mathew Sexton, who had a big, 34-yard punt to spark Pittsburgh to its only touchdown of a game filled with offensive sparks, but not a lot of sustained progress as both teams largely avoided utilizing the first-teamers and instead let the rest of the depth chart get some time in the first of four preseason games.

Sexton’s return with 13:09 left in the third quarter and nearly for a touchdown set the Steelers up at the Dallas 33. On the first play of the drive, Dwayne Haskins hit Kevin Rader for 15 yards to reach the red zone for the first time, and playing the role of power back, Kalen Ballage followed up a nine-yard run by Anthony McFarland Jr. with nine yards on two carries. The second of those was a five-yard power up the heart of the field to reach the end zone, the only touchdown of the game for either team through three quarters.

Pittsburgh added a late touchdown with 8:44 left in the fourth quarter on a five-yard pass from Joshua Dobbs to Tyler Simmons. Simmons’ touchdown was set up by a big pass from Dobbs to Trey Edmunds and then four rushes by Jaylen Samuels.

Cowboy QBs Garrett Gilbert (9-13, 104 yards) and Cooper Rush (8-13, 70) picked apart the Steeler defense, leading drives of 11, 14, eight, and 10 plays in the first half while the Cowboys’ ground game went for 53 yards on 12 carries. But the Steeler defense held each time: Alex Highsmith and Cassius Marsh had clutch sacks, Tre Norwood a clutch pass break-up, and Justin Layne a forced fumble to end drives or force the Cowboys into a field goal attempt, of which Hunter Niswander went only 1-3 in the game.

Trailing only 3-0 at halftime, Pittsburgh immediately flipped the game script coming out of the locker room in Canton. The team’s defense, offering opportunities for many players to earn regular season playing time, shook off the first half to stop Dallas and quarterback Ben DiNucci (a Pine-Richland High School grad and former Pitt QB) in the second. Beginning with a tackle for loss by Jamir Jones and Isaiahh Loudermilk on the first play of the third quarter, Pittsburgh set the tone, forcing two Dallas punts on the Cowboys’ opening three drives.

The other drive ended prematurely when safety Donovan Stiner picked off DiNucci on Dallas’ third play, and returned it 16 yards. Stiner’s pick set up the team’s next score, on a Sam Sloman 48-yard field goal after Pittsburgh fought for an additional 14 yards over the next eight plays.

After getting diced up by Gilbert and Rush in the first half, Pittsburgh’s defense gave up 134 total yards in the second half. The reserves ground Dallas’ running game to a halt for only 29 yards on seven carries (not counting a 27-yard scramble by DiNucci on the penultimate play), and DiNucci never got a chance to settle in. Pittsburgh’s secondary, at that point occupied by players competing for the final few spots on the roster, received pass break-ups from the likes of Stephen Denmark, Mark Gilbert, and Stiner to give DiNucci an unflattering final statline of 7-17 for 89 yards and the interception.

Pittsburgh sent only a select few starters to the field to begin the game. Along the O-Line, Kendrick Green took the first reps at center alongside projected back-ups Dan Moore Jr., B.J. Finney, Rashaad Coward, and Joe Haeg. Outside, Diontae Johnson and Chase Claypool began the game at receiver. Johnson caught the opening pass for seven yards from Mason Rudolph, and Claypool had the longest play of the game on a 45-yard diving catch through contact, also from Rudolph.

Claypool stayed on the field after taking a hard bounce while making the catch before coming off, Pittsburgh’s only injury scare of the contest. Claypool was seen healthy and celebrating along the sideline in the second half.

All eyes were on Pittsburgh’s featured starter early in the game: Najee Harris, the first-round pick from Alabama and featured running back for the team’s renewed ground game. Harris received seven carries and picked up 22 yards on them, displaying poise on the field and evading the Dallas defense at moments as the Cowboys, led by their own first-rounder Micah Parsons, broached the makeshift Steelers line early on in the game. Harris also caught one pass for three yards, playing into the second quarter before checking out alongside Rudolph to make way for Haskins and McFarland/Ballage.

“We just want to see him do the fundamental things. We’ve all seen visions of the spectacular, but I told him it’s a good night tonight if he makes the routine plays routinely,” Tomlin said of Harris pregame.

In the first act of the battle to be Pittsburgh’s backup QB and potential successor to Ben Roethlisberger, Mason Rudolph played into the second quarter and finished 6-9 for 84 yards. Dwayne Haskins went 8-13 for 54 yards.

Harris led Pittsburgh in rushing with his 22 yards on seven carries, and Jaylen Samuels led with 11 total attempts. Eleven Steelers caught a pass, led by three each from Claypool and Anthony Johnson, who recovered a muffed punt in the fourth quarter on a laser by rookie Pressley Harvin III.

Harvin starred in the game for Pittsburgh, handling all four of the team’s punts. Harvin sat three of them inside the Dallas 20, including one of the at the one-yard line. He averaged over 45 yards per kick, and the only punt not inside the Dallas 20 was the one resulting in a fumble and Steeler recovery.

On defense, Mikes Killebrew led the Steelers with six tackles. Highsmith and Marsh were joined with sacks by Quincy Roche and Abdullah Anderson, and Marsh and Anderson forced fumbles along with Layne.

Thursday marked a return to preseason competition after the 2020 schedule was canceled because of COVID-19. It is the fourth consecutive preseason opener the Steelers have won. Pittsburgh plays its next preseason game on next Thursday, at the Philadelphia Eagles.