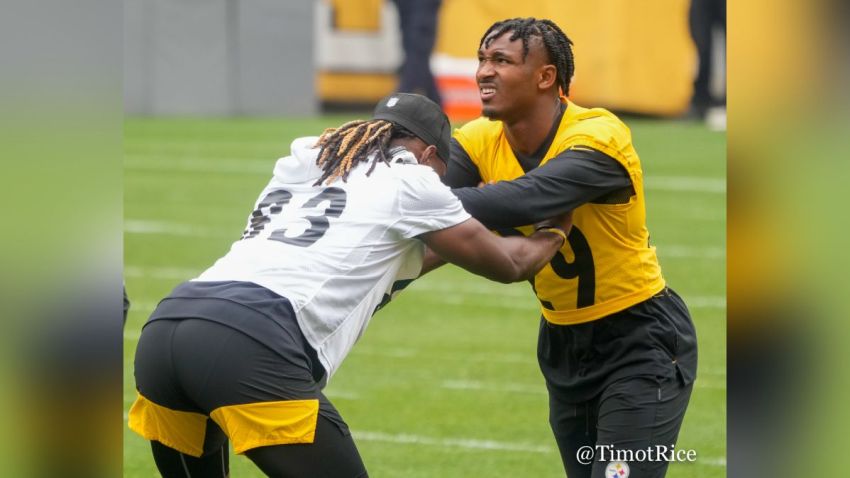 The Pittsburgh Steelers have made their first wave of roster cuts, announcing they have released nine players in their march to trim the roster from 80 to 53.

We have released nine players in advance of Tuesday’s deadline to trim the roster to 53.https://t.co/wfINzrtqfw

None of these nine were projected or expected to make the 53 man roster or even be in serious contention. This group consists largely of back-end-of-the-roster players, ones on futures contracts or UDFAs.

Baugh was signed mid-way during training camp after injuries hit the position. He served as a reserve tight end, seeing snaps at the end of games. Brooks-James was also signed during camp and though he flashed some quickness, had a fumble in Friday night’s loss to Carolina. That may cost his chances of making the practice squad.

Brown was one of the most highly-touted UDFAs signed by the Steelers but had a relatively quiet camp, showing some physicality but struggling in coverage. Carter was a reserve defensive lineman while Pitts and Pridegon mid-camp additions. Sexton and Johnson earned some buzz this summer but Sexton muffed two punts last night while Johnson’s ceiling is limited as a wide receiver. Wade flashed instincts in camp but was an inconsistent tackler, including missing one on QB Will Grier on a TD run last night.

All nine of those players are eligible for the Steelers’ practice squad. The NFL is carrying over 2020 rules, allowing teams to keep 16 players there. Brown, Sexton, Johnson, and Wade figure to have the best shots of landing there.

With those cuts, the Steelers’ roster sits at 71. They will need to release 18 more players to get down to the NFL mandated 53 by 4 PM/EST on Tuesday.