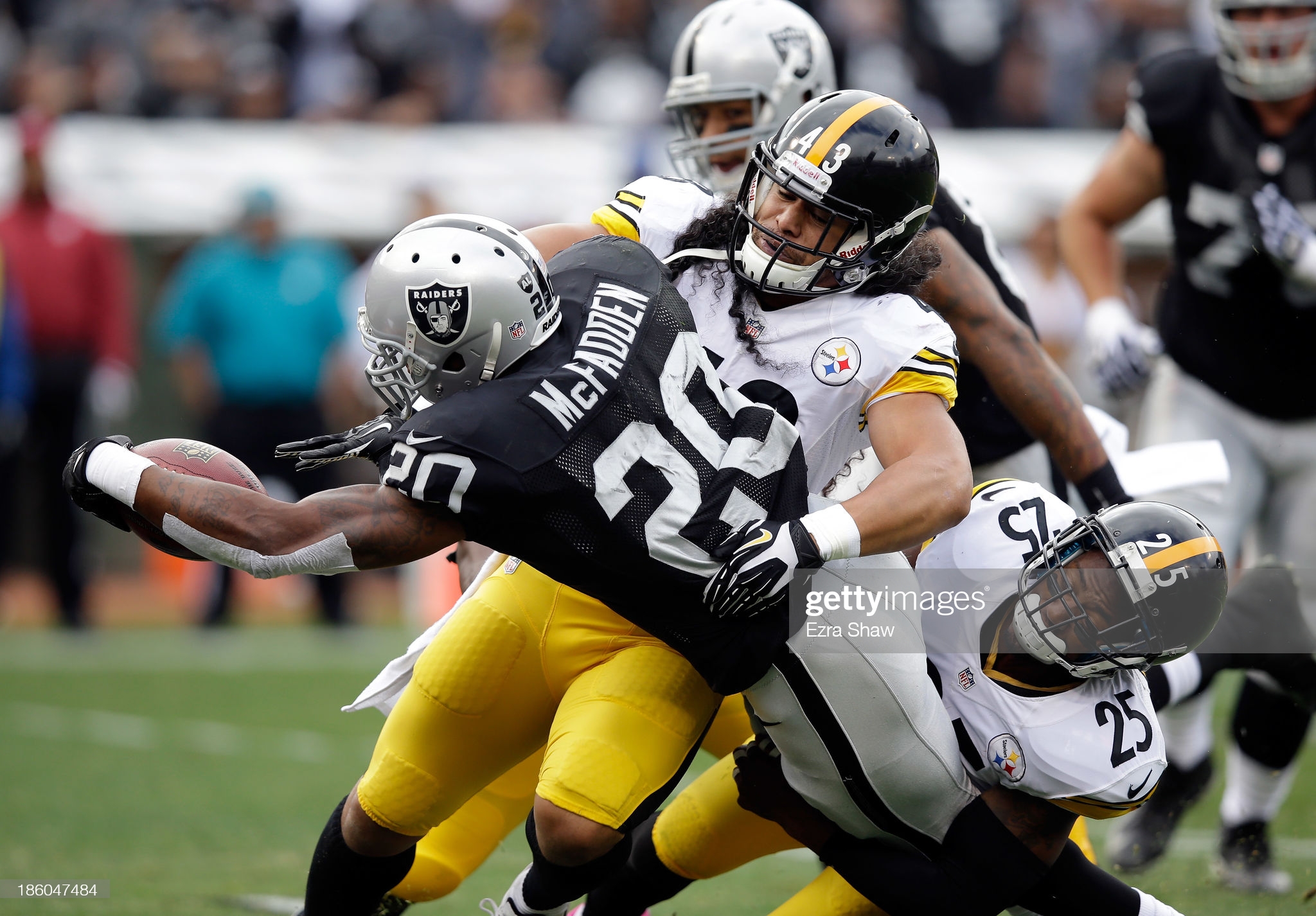 When Pittsburgh Steelers’ great Troy Polamalu received his gold jacket Saturday night and was enshrined into the Pro Football Hall of Fame in Canton in front of a black and gold laden crowd at Tom Benson Hall of Fame Stadium, there wasn’t a dry eye in Steeler Nation.

That includes longtime Steelers’ safety and current ESPN analyst Ryan Clark, who was the second part of the safety tandem with Polamalu from 2006-13. Clark and Polamalu remain close friends with their children calling the other Uncle Ryan and Uncle Troy.

Ahead of Polamalu’s induction Saturday in Canton, Clark penned a heartfelt letter to his close friend and former teammate, sharing some photos of the two together as well.

“Today is your day brother,” Clark writes. “When football was created they never could’ve imagined someone like you would play it. If so the rules would’ve been different. You’d have to wear a blindfold, tie a hand behind your back, or maybe play with your shoes tied together. A least then other players would have a chance to compete with you. You’re the greatest player I’ve ever played with, & that’s only surpassed by the human you are. I’ve forever grateful for the experiences we shared & even more so our friendship. So, on your day I say thank you my brother & congrats. You deserve this more than anyone I know. Love you @tpolamalu. #HOF2020.”

Together, Clark and Polamalu helped form arguably the best safety tandem in the NFL for nearly a decade and also helped the Steelers capture a sixth Super Bowl trophy in 2008 while appearing in another in 2010 against the Green Bay Packers, all while continuing to be leaders and tone setters on one of the greatest defensive units in the history of the NFL.

The Steelers are all about family and the environment it creates. Clark and Polamalu might look like a pair that doesn’t mesh, but the two became fast friends and remain family today. That was a special time for Steelers fans and a special group overall.