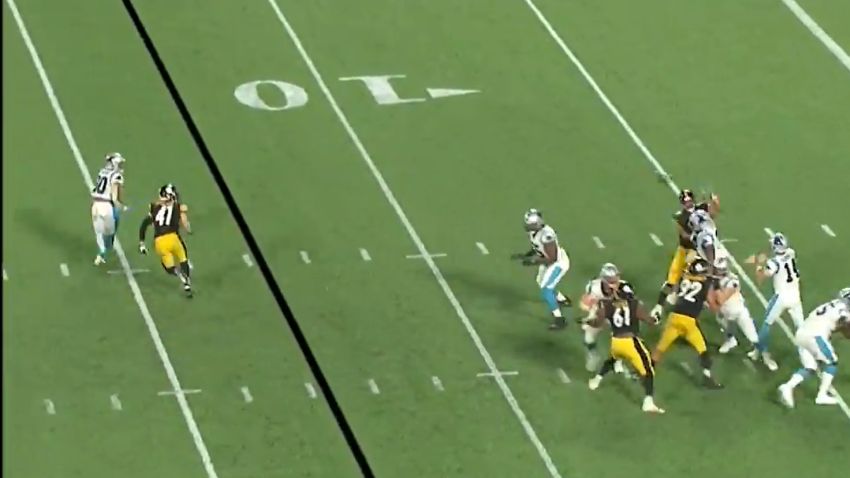 There was a time not so long ago that many fans, though certainly not everybody, was ready and willing to give Robert Spillane a chance to be a full-time starting inside linebacker for the Pittsburgh Steelers. When I suggested back in April or May that Vince Williams might still start, I was certainly met with some resistance at the time.

While it has been made a moot point since the trade acquisition of Joe Schobert, Spillane just wrapped up what was really a pretty ugly preseason, with some quite terrible tape in coverage, showing consistently being defeated in one-on-one matchups and playing chase. Last night’s performance against the Carolina Panthers may have been the worst yet.

It just solidifies the importance of the Steelers’ decision to pull the trigger on the trade for Schobert, because there doesn’t appear to be any reason that we should be hopeful that Spillane would perform better in coverage in the regular season. Perhaps playing in more zone within a scouted gameplan, there might be some argument, but he has looked athletically outclassed.

Then again, neither Devin Bush nor Schobert have looked great in coverage this preseason for the Steelers, though each has an excuse. Bush is working his way back from a torn ACL that he suffered in week six last year. Schobert has only been on the team for a couple of weeks and is being asked to learn and call the defense while playing fast.

Given the losses in the secondary, with Mike Hilton departing in free agency and Steven Nelson being a salary cap casualty, defensive coordinator Keith Butler earlier this week appeared to imply that they don’t plan to play much dime defense this year.

That makes it all the more important that they get quality, or at least competent play within the coverage aspect of the game from their inside linebackers. And that is undeniably something of a question mark as we sit here a few weeks out from facing Josh Allen, Stefon Diggs, Emmanuel Sanders, Cole Beasley, and Devin Singletary at running back.

What will help? Having a great pass rush, which they do have. Despite not even having T.J. Watt on the field throughout the preseason, the Steelers’ pass rush has been impressive, with players like Alex Highsmith and Melvin Ingram really stepping up. Chris Wormley has been notable along the defensive line as well, in case Stephon Tuitt is not available to start the year.