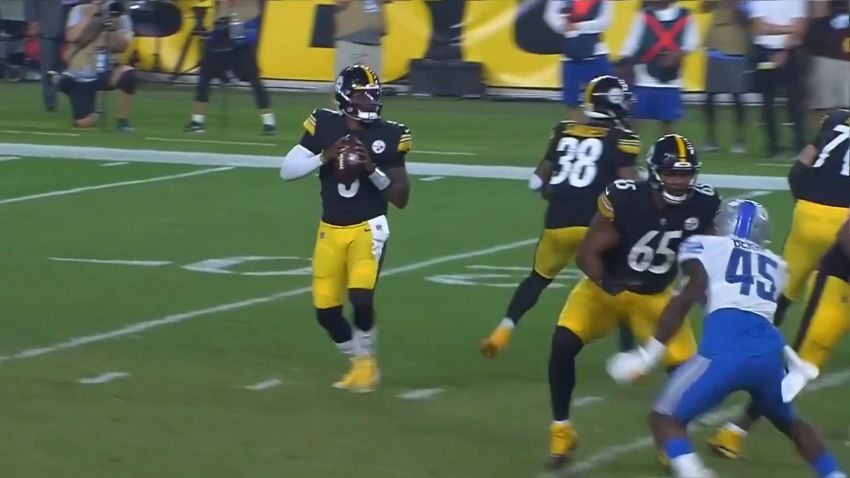 Thanks in part due to injuries, the Pittsburgh Steelers have been able to get rookie fourth-round draft pick Dan Moore Jr. an extensive amount of playing time this preseason. While obviously benefiting from having played in the Hall of Fame game, he has logged the 11th-most snaps in the league so far this preseason.

Moore was the second of two offensive linemen the Steelers drafted, following the selection of center Kendrick Green in the third round. While Green is projected to be a day one starter, it doesn’t appear the Steelers’ plan for Moore includes getting on the field for every snap right away.

Chukwuma Okorafor is projected at left tackle, while Zach Banner, who played a couple of drives last week in his first action since tearing his ACL a year ago, is expected to be on the other side. They’re training Moore to be the guy who comes in at either spot, which is incredibly valuable, especially given the inexperience of the starters.

And according to Pro Football Focus, he has been one of the most efficient pass protectors in the league so far during the preseason, for whatever it might be worth. In their system, he has the most snaps logged in pass protection through three preseason games without having allowed a single pressure, with 62.

The player with the most pass-blocking snaps while allowing 0️⃣ pressures this preseason? #Steelers Dan Moore Jr – 62 pic.twitter.com/5RJp2f86wF

Playing in three wins, and in an offense that is actively working on the run game, Moore has been out there for a hefty dose of running plays as well, so his work in pass protection isn’t much more than half of his total workload.

Pro Football Focus grades him out positively in both arenas, however, with a 74.4 pass protection grade, ad 73.1 run-blocking grade, and an overall grade of 76.1. He is the highest-graded rookie lineman with at least 75 snaps played.

Of his 116 total snaps played, he has logged 69 at left tackle and 47 at right tackle, so he is getting a good amount of work on both sides. He figures to play extensively against the Carolina Panthers in the preseason finale later this week, as well.

At this point, it’s hard to say exactly what the plan is, but I would assume that they intend for him to be the game-day active swing tackle. Either J.C. Hassenauer or B.J. Finney will be the backup center, but it’s not clear who the eighth lineman will be.

Joe Haeg is the Steelers’ other reserve tackle, but he also plays the tackle-eligible role they like to employ, and he’s not just a tackle, but is also capable of playing guard, and, in a pinch, center. He could also just be the swing tackle himself, but Moore is showing signs of being ready for that role already.