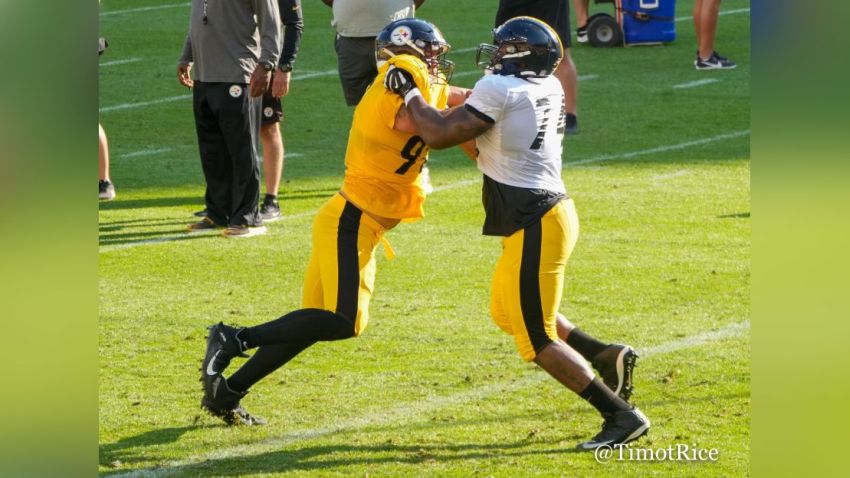 We’re almost near the very end of this new faces series, unless the Steelers somehow manage to bring in any other notable names from here on out, but at least for now, we’ve got a couple more for you, starting with veteran offensive lineman Chaz Green.

A third-round pick by the Dallas Cowboys back in 2015, he spent most of his rookie season on the PUP List due to a hip injury. He was activated with five games left to play that year, but did not dress for any of the games.

He finally got on the field in year two, playing in four games and starting two, but he would never enter the lineup full-time. His four games started in 2017 remain a career-high, and he has eight career starts in total, including one last season with the Indianapolis Colts, which just so happened to come against the Steelers.

Pittsburgh is now his sixth team since being drafted after the Cowboys released him heading into the 2018 season. He spent a month with the Saints that year, then finished the season with the Raiders. He did not play in 2019 after failing to make the Broncos’ roster that year and going unsigned after that.

After a year out of the league, though, Green dressed for 15 games for the Colts last year, with the one start, logging 210 offensive snaps in all, out of 675 total offensive snaps over the course of his career dating back to 2015.

Indianapolis did not re-sign him this offseason. In fact, he was unsigned until the Steelers brought him in just before training camp, swapping places with Jarron Jones, a former defensive lineman converted to tackle who spent last season on the practice squad.

As it stands, he has to be outside the bubble right now, as veteran Joe Haeg and rookie fourth-round pick Dan Moore Jr. are in position to be the Steelers’ backup tackles. They also have B.J. Finney, J.C. Hassenauer, and Rashaad Coward to play inside, which brings them to 10 linemen already, more than they will carry on the 53-man roster.

However, he probably stands a decent chance of making the practice squad at this point, and it never hurts to have veteran experience there, something that hasn’t even been possible for all that long. Obviously, something will have gone wrong if Green ends up starting a game, but it’s better than, say, Brandon Walton or Aviante Collins.