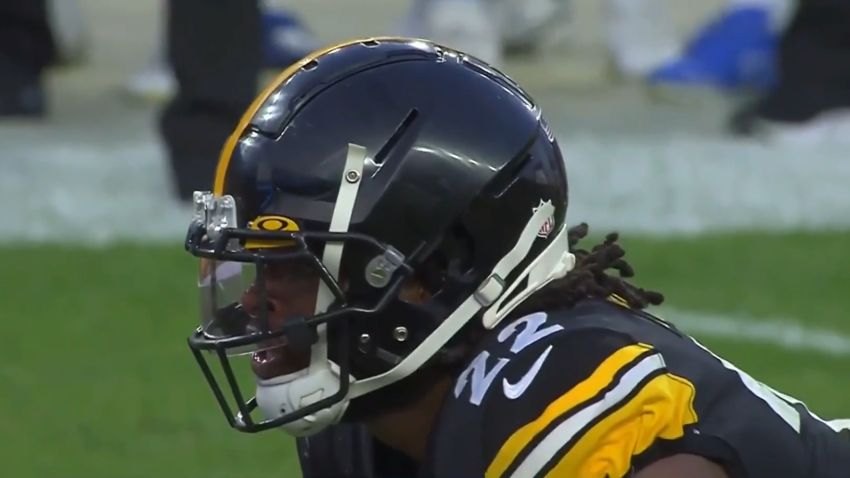 So far, all four have shown just how good they can be with the Steelers, none more than a guy like Moore Jr., who has been one of the top rookie linemen in pass protection this summer, which is a welcomed surprise.

However, Harris has stood out in a good way in his own right, grading as the ninth-highest rookie first rounder this preseason, according to Pro Football Focus’s Mike Renner, who broke down the first-round rookies for PFF Friday.

“Harris hasn’t had much room to work on the ground so far, with a grand total of nine yards before contact on 13 preseason carries,” Renner writes. “That’s something he’s just going to have to get used to behind Pittsburgh’s patchwork offensive line. He’s showed out as a receiver, though, with 65 yards on four catches so far.”

Though the sledding has been tough in the run game, three of Harris’ six forced missed tackles I’ve tracked this preseason have come on the ground as the Alabama product has shown the ability to create something out of nothing, which is a large reason why he was drafted by the Steelers, who had the league’s worst rushing attack in the NFL in 2020.

Najee Harris' ability to get yards after contact is pretty ridiculous. Don't know how he turned this into a six-yard gain. #Steelers pic.twitter.com/ZTd7e7qNBS

It’s still very early with Harris, but I feel strongly that he’s going to be a great player in the black and gold, and will become one of the top running backs in the NFL before too long, which is exactly why the Steelers drafted him.

The numbers overall haven’t been great in the preseason, but we’ll see him get better and better on the ground with the more work he gets and more time from the offensive line to gel and become a true unit up front.

The signs are encouraging though, no doubt.