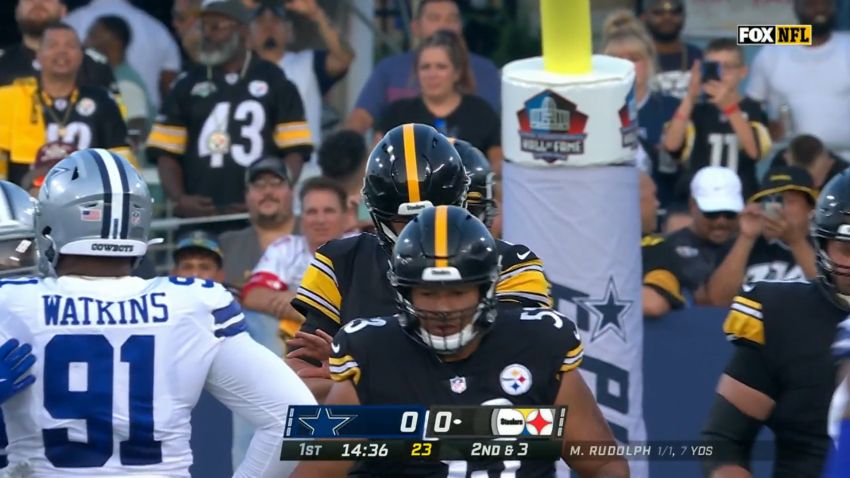 There’s a good chance that there will be a lot of first- and second-year starters for the Pittsburgh Steelers come September. There will be at least two rookies on offense, most likely, or two and a half, depending upon how you want to quantify Pat Freiermuth’s role.

First-round running back Najee Harris is a given, but it also feels likely that third-rounder Kendrick Green will be in there at center, as well. After all, that’s what they drafted him to do, and head coach Mike Tomlin did have him start the Hall of Fame game, and he came out feeling positive about the rookie’s performance.

“I thought he was above the line. His conditioning allows for great effort, and I think that’s a component of his game and that’s one of the things that’s allowing him to play above the line”, he told reporters after practice about Green’s NFL debut. “I like the way he’s finishing. He’s got a way to go from a technical standpoint and things of that nature, but that’s just the process. I think he’s putting himself in a position to do so because of his conditioning”.

As mentioned, there were no obviously bad snaps in the game, which is all the more important given the fact that Green is still relatively new to the center position and snapping the ball. While his game was not error-free, he showed more or less all of the things that you would hope to see out of him, particularly his athleticism and mobility.

The things you’re looking for first and foremost are the elements of the game that you can’t teach. You want to make sure that your physical evaluation of a player is right. Then you can start to worry about the teachable elements, and what needs to be worked on.

Considering the fact that they’re installing new ideas on offense, and in the offensive line room, with a bunch of new faces, I think the first in-stadium taste of the action went pretty well, and Green, as well as Dan Moore Jr., the other rookie lineman, were both an integral part of that.

Of course, there is only so much that can be gleaned from a Hall of Fame game in which very few significant players even take the field. The second and third preseason games should continue to tell us much more of Green’s story as he heads into his rookie season, and whether he will do that as a full-time starter or not.