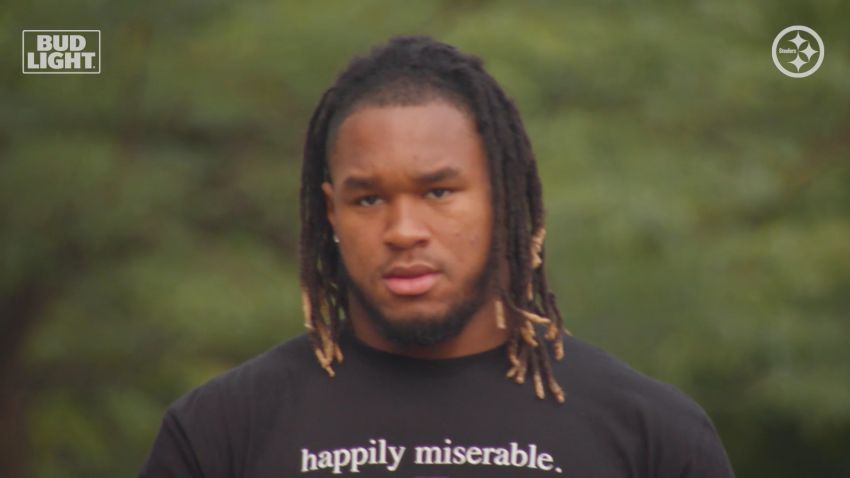 The Pittsburgh Steelers, I imagine, feel pretty good about their inside linebacker position, overall. They are getting Devin Bush back, and according to his teammates, he is looking very much like Devin Bush. They have Robert Spillane stepping up into the full-time starting buck role this year, as well.

Pittsburgh would probably feel a little better if they still had Vince Williams in the mix as depth, if not in a rotation. But he made the decision to retire after eight seasons shortly before training camp was set to open. A guy like rookie Buddy Johnson can go a long way toward making the team feel that much more comfortable with where the position is, and where it could be heading in the future.

Drafted in the fourth round out of Texas A&M, he has the tools to be a future starter in this league as a buck, but he’s starting out on the ground floor. Right now, he is jockeying for position with Marcus Allen and Ulysees Gilbert III on the depth chart to see who can be the next man up.

It’s all a friendly competition, though, as they all understand that getting better makes the team better. Allen has been impressed with what he has seen from the rookie so far. “I love his work ethic”, he told reporters on Saturday. “He brings it every time. He doesn’t back down from anything. He’s gonna be a great player”.

Johnson put up over 200 tackles during his college career for the Aggies, which included 23.5 tackles for loss. He added six and a half sacks, and notched his first interception during the 2020 season. He scored a touchdown on a fumble recovery the year before that.

But they didn’t draft him to become a special teams ace. They brought him in because they see somebody who can enter the starting lineup at some point. Right now, they don’t feel that they need that with Bush and Spillane in those roles, but you never know what the future holds.