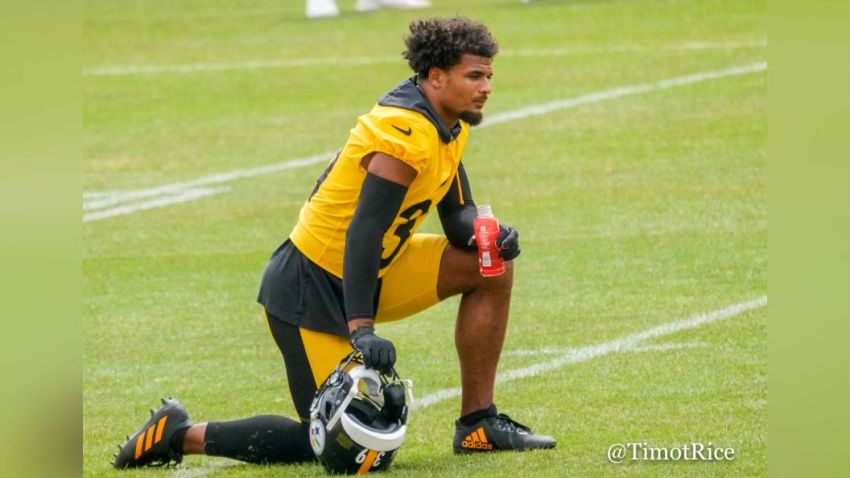 Entering his third season with the Pittsburgh Steelers and fourth season overall in the NFL, the time is now for star safety Minkah Fitzpatrick to emerge into a leadership role on the Steelers’ defense and in the locker room.

With veteran secondary names like Mike Hilton and Steven Nelson departing in the offseason, and linebacker Vince Williams abruptly retiring prior to the start of training camp, the door is thrown open for Fitzpatrick to take on more of a vocal leadership role.

So far, that’s what the star safety is doing, according to longtime defensive coordinator Keith Butler.

“The thing we have to have as a defense—and I always say this all the time—we need big mouths,” Butler said to reporters Saturday when asked if he was noticing more leadership from Fitzpatrick. “Big mouths mean they’re loud, they echo the call and stuff like that. We’ve got to have that from our linebackers, we’ve got to have that from our safeties. It’s only going to help us if we get that.”

Though communication has remained a problem throughout training camp defensively, Fitzpatrick is one of the smartest players on the defense and routinely ensures guys are lined up correctly while knowing exactly what each player’s assignment is.

His ability to wear many hats on defense, ensure guys are lined up correctly and make plays on the football consistently has Butler expecting big things out of Fitzpatrick entering his third season with the Steelers.

“I expect a lot of him. He’s a coach on the dadgum field,” Butler said. “He knows a lot about football. The only thing he pisses me off a little bit about is, ‘Let me call the plays! Let me call the plays!’ I don’t blame him. I wanted to too when I was playing. All of them. A smart guy should always want to do that, and there’s probably going to come a time when we’ll have a check or something like that that we want him to initiate. He’s a good player for us. We’re glad we have him. We’re glad, mentally, that he’s where he’s at because it always helps when you’ve got good, smart football players.”

Having a smart player like Fitzpatrick should help the Steelers’ defense – specifically the secondary — not skip a beat in 2021 even with the changing parts, in terms of starters and young guys elevating into bigger roles.

It remains to be seen if the star safety can continue to record turnovers at the rate he’s done it over the last two years, but there’s no denying how important and how great the young safety is in the Steelers’ secondary.