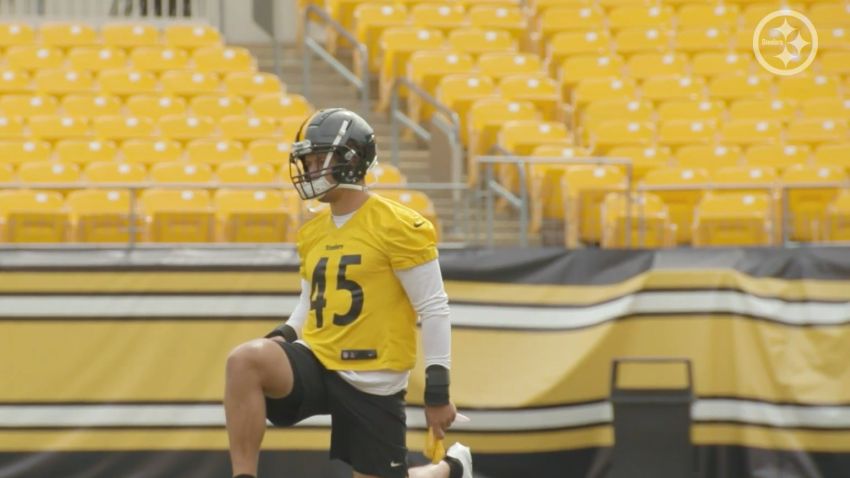 Reputations can be valuable if you wield them properly. They are your introduction to the world before the world meets you, and helps you make a positive first impression. An organization like the Pittsburgh Steelers has the benefit of having accumulated a reputation for both success and fairness over the course of the past five decades, which helps their relations with free-agent players and under similar circumstances.

Of course, any player you acquire via trade is going to say nice things about you whether they had any say in the matter or not. Still, some comments feel more genuine than others, and I think Joe Schobert was sincere in his remarks about his first impressions of the Steelers organization on Sunday.

“I think it’s a first-class organization. You just see that. I’ve seen it through the meetings, talking to coaches”, he said. “Everybody’s been here a long time. People know what the standard is. It’s understood, in meetings, in practice, in how to take care of your body, from the top down, so it’s been nothing but a pleasant surprise for me coming here”.

The vast majority of players seem to come and go through the Steelers organization and leave with a positive impression. It doesn’t necessarily always work out with everybody, depending on the circumstances, as we’ve seen with situations involving players like LeGarrette Blount, Morgan Burnett, and Nick Vannett. But it’s never going to work out with everybody.

And then you have other players that you’ve brought in, who may not have ever played a huge role, but who became part of the family. Players like Darrius Heyward-Bey, Will Allen, Arthur Moats. Alejandro Villanueva started ‘small’ (despite his enormous physical size), though he would later develop into a major contributor.

A player like Schobert has that sense that he ‘feels’ like a Steeler, somebody who is going to come in and fit in right away, who is going to mesh with the ‘Steelers Way’, and maybe even have a long-term relationship with the team.

Of course, we’re in just the first couple of days. He’s literally had one practice so far, so we have no idea what’s coming. But at least he has a proven resume on the field, and he does have some familiarity playing the Steelers twice a year as a member of the Cleveland Browns, so he hasn’t gone in completely blind.