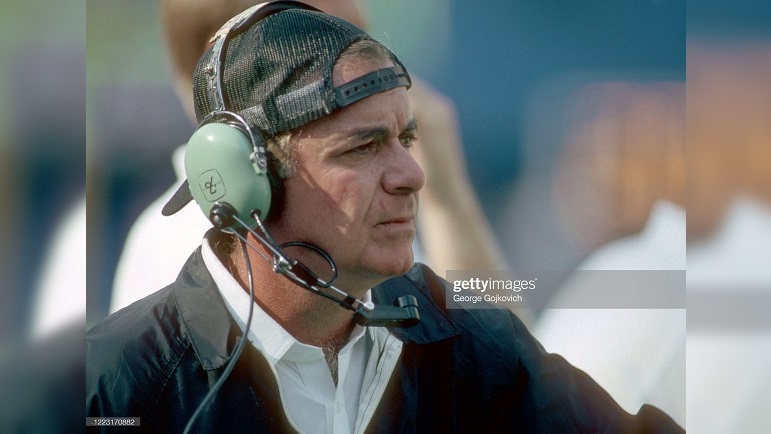 Joe Walton, who was once the offensive coordinator for the Pittsburgh Steelers for two seasons, has died at the age of 85.

Walton, a Beaver Falls native was most recently the head football coach at Robert Morris, a program he was influential in starting up. He served as the school’s head coach from 1994-2013.
Walton started his long playing and coaching career at the University of Pittsburgh in 1953. He was named an All-American for Pittsburgh in 1955 and 1956. As a senior, Walton was selected to be a co-captain and went on to being named to the Academic All-American team.

After his career was over with, Walton went into coaching, beginning first as a scout and wide receivers coach with the Giants before moving over to Washington to be their running backs coach (1974-77). He became Washington’s offensive coordinator in 1978 and held that position for three seasons. He went to become the Jets offensive coordinator for two seasons from 1981-1982 and was promoted to head coach in 1983. In his seven seasons as the Jets head coach, Walton compiled a career record of 54-59.

Walton returned to Western Pennsylvania in 1990 to become the Steelers offensive coordinator under legendary head coach Chuck Noll. He held that job for two seasons and was Noll’s last offensive coordinator. After exiting the NFL coaching ranks, Walton was instrumental in helping Robert Morris start their football program. He was named the first head coach in the team’s 27-year history on July 27, 1993.

The RMU Department of Athletics is sorry to learn of the passing of Joe Walton, the architect of @RMU_Football.

Walton was inducted into the RMU Athletic Hall of Fame in 2013, and he is seen pictured here with former Washington quarterback @Theismann7.#RMUFB | 🔵🏈🔴 pic.twitter.com/8br1Fn5IJP