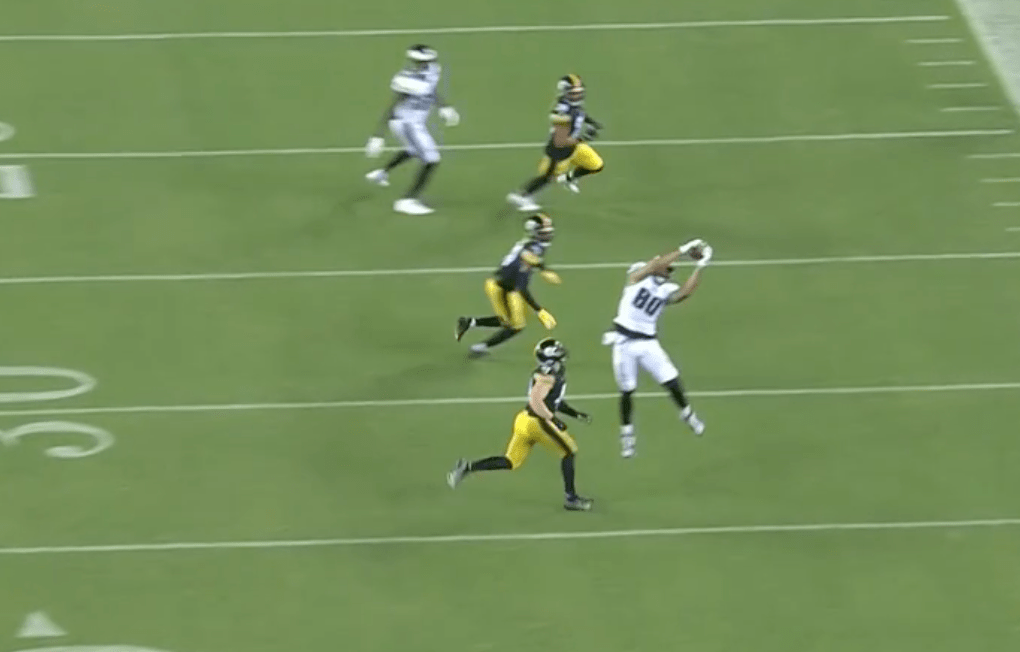 Going back to 2018, the Pittsburgh Steelers defense’s achilles heel has been athletic tight ends. They routinely were getting burned by the likes of Austin Hooper, Jared Cook, Travis Kelce, even the Bengals’ C.J. Uzomah, all recording at least 50 yards against the Pittsburgh defense. Kelce and Cook being the two to reach triple digits.

Fast forward to last season, the Steelers did relatively well against tight ends, allowing, on average, around four catches and 40 yards a game. However, hidden in those season stats are good games from big, athletic tight ends like Noah Fant, Logan Thomas, and Austin Hooper.

Below are the games in 2020 that the Steelers gave up 50 or more yards to opposing tight ends.

You can see the Steelers went 3-3 when this happened. I’m not suggesting that these were the sole reasons for losing these games, but it certainly doesn’t help when the other team can continue to move the chains with their tight ends. Not to mention the Denver and Indianapolis games were narrow escapes as it is.

When the Steelers have two teams in their division that have extremely high play-action rates, like the Cleveland Browns and Baltimore Ravens, it raises cause for concern. You can see the Browns have had no trouble getting their tight ends heavily involved in the game plan, reaching 50+ yards in all three meetings last year. The Steelers have kept Ravens tight end, Mark Andrews, relatively in check over his career. However, he’s also missed half the games against the Steelers dating back to 2019, one from being inactive in week 17 and the other from being placed on the COVID-19 list.

Seeing the Eagles’ athletic tight ends pick apart the Steelers’ defense made me question if this same problem will be rearing its ugly head yet again.

Some notes about the Eagles targeting tight ends in the second preseason game:

Let’s take a look at how some of these catches came about against the Steelers’ defense.

On the very first play from scrimmage, the Steelers have a coverage bust. Both Devin Bush and James Pierre cover the corner route. If Pierre isn’t there, the corner is likely open. This leaves Eagles, Zach Ertz, wide open on the underneath sit route for eight yards on first down.

The Eagles must have liked what they saw on that first tight end corner route and decided to go back to it later on the same drive. This time it’s out of a sail concept. Bush is beat again by Dallas Goedert. He tries to get hands-on the tight end, but Goedert is too strong and runs through the contact, while Bush loses balance. This gives ample room for the connection of 34 yards.

Later on that same the Eagles choose to go back to the well on 3rd & 7. Ertz is able to press past the first down marker and get good separation from Steelers nickel corner, Arthur Maulet. He’s unable to hold on to what should have been an easy first-down reception. The Steelers defense is given a gift and only gives up a field goal.

We are able to see another coverage bust, this time between Robert Spillane and Cam Sutton having delayed communications of a switch. This miscommunication leaves both TEs for the QB to choose from. Former long-time Baltimore Raven, Joe Flacco, takes the easier of the two and moves the chains.

This is when Flacco started to really zero in on the Steelers’ inability to cover the big-bodied tight ends. At this time, we also have to remember these are the Eagles TE3 and TE4 making plays against projected starters and contributors on this defense.

Richard Rodgers, lined up in the slot, presses Maulet’s outside shoulder and is able to get him to lean outside before breaking in on the slant. It’s an easy reception and another first down.

On another third down, do we have any guesses where Flacco is going to go with the ball?

You guessed it. Eagles TE4, and converted QB, Tyree Jackson. Jackson likely gets away with a bit of a push-off on Terrell Edmunds here on the smash route. Thanks to the interior pressure on Flacco, he underthrows the ball, but nonetheless, it’s catchable. The Steelers’ defense is lucky to get off the field again.

Here’s the play that was called back due to Jackson covering up the inline tight end. However, you can see BOTH tight ends get open on their breaks at the bottom of the screen. A mental error by the new tight end negates what would have set up a 3rd & 1.

It’s now time for the Eagles’ 2-minute drill before the end of the half. It begins with a shake route to Jackson. He’s able to run through Ulysees Gilbert III’s contact and pick up 13.

Later on that same drive, Flacco goes back to Jackson. This time being covered by Spillane. Spillane has no shot at covering Jackson, and Flacco knows it. Jackson goes up and plucks it out of the air for a first down, putting the Eagles in field goal range before the half.

If you made it through this far, I’m rewarding you by giving you the Steelers one highlight of the day on a TE target. This time, on third down, Gilbert III is able to stick with Jackson on a sit route over the middle.

It’s arguable if Gilbert should have been called for pass interference here with his hands around Jackson’s waist, but it looks to be like Jackson runs himself away from the ball.  Jackson goes inside, while Flacco throws outside. The Steelers’ defense gets off the field, leaving the Eagles with just a field goal.

To give full context, I understand that it’s just the second preseason game of the year. There are going to be communication issues. It’s a little upsetting when it is veterans, albeit “new” starters, like Spillane and Sutton. Bush was seeing his first game action since week six of last season and of course, Butler is likely playing “vanilla” coverages during this time of the year. Outside of maybe, Gilbert III, every defensive player in coverage in these clips will likely see significant snaps on the defense this year. When you’re seeing projected contributors getting shredded in mano a mano situations, it’s concerning.

It’s easy to see why the Steelers went out and got a guy who’s touted as a coverage linebacker in Joe Schobert. Hopefully, he helps in this area. Personally, I see him as a band-aid on a possibly much bigger problem. We’ll see if this gets cleaned up with two preseason games to go.