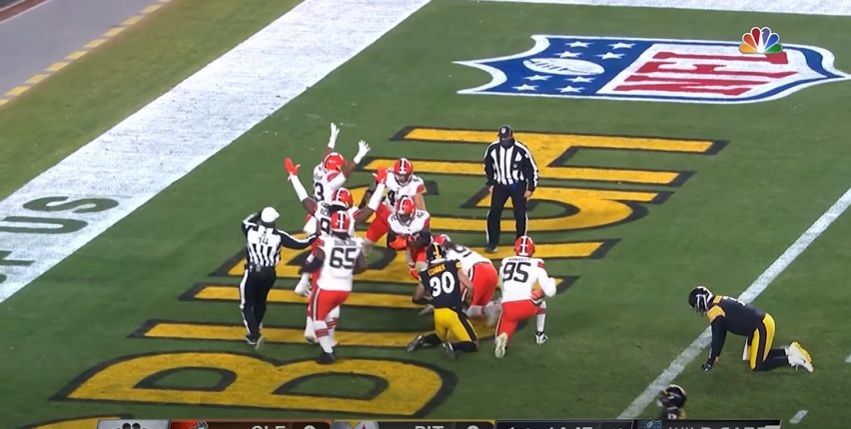 Today is a serious, newsy type of day. The Pittsburgh Steelers will trim their roster down to 53 and get set to take on the Buffalo Bills two weeks from now. But this post isn’t to talk about that. It’s to talk about why the Steelers suck. And don’t shoot the messenger, I’m not the one saying that. Defector’s Drew Magary is in his annual Why Your Team Sucks Series.

If you’re not familiar, Magary has the same premise for all 32 teams. Poking fun at the misery of being a fan of each club. And the Steelers don’t get to escape that. These are all jokes so if you can’t poke a little fun at yourself and your team, it’s probably best you click away.

I’ll link the article here which you should absolutely read (its language is NSFW so be advised). But I’ll share some of my favorite excerpts from his article. And a special shoutout to Magary for including a tweet from our own @SteelersDepot in the article, even if it’s Maurkice Pouncey’s horrendous snap against the Cleveland Browns that makes me sad all over again.

Of course, Magary had to relish the thought of the team starting 11-0 only to collapse the rest of the way and ultimately bounced in the playoffs by Baker Mayfield and company.

“For the entirety of this century, Steelers fans have justifiably laughed at the idea that they have a “rivalry” with the Browns. Well guess what, Pittsburgh? It’s a rivalry now. The Browns hung four touchdowns on the Steelers in the first quarter of their wild card game, let them close to within 12 points in the second half, and then let Nick Chubb drop the hammer:”

Then, he noted the team’s change in OC, who will promptly get calls for his firing the second this offense goes three and out.

“Back in the day, the Steelers could make up for shoddy line play by having Roethlisberger drop back to his own end zone, execute his patented nine-second pump fake a dozen times, and then find an open Heath Miller exactly one yard past the sticks. But guess what? Fatty McFatfat isn’t young enough to pull that shit anymore. When the pass rush comes for Roethlisberger in 2021, it’s not letting him slip away.”

It wasn’t just Magary ribbing the team. So did Steelers fans. As is tradition with all of these articles, fans of each team send him emails to agree with why the Steelers suck. Here’s some of the notable ones.

The Steelers have won three playoff games in the past ten years. The quarterbacks Pittsburgh beat in those games: AJ McCarron, Matt Moore, and Alex Smith.”

Do I understand that a football team needs an offensive line and a quarterback with a functioning arm? Yes, duh, of course. Did I rabidly defend selecting Najee Harris in the first round? Also yes.”

We drafted a punter with the same physique as Chris Farley. He is currently the most promising player on the roster. I legitimately believe he will be our second highest passer by yardage and first by QBR this year.”

Let me hit everyone with a couple of sure-fire, can’t lose, bet-the-house-on-the-Steelers-opponent betting nuggets:

1)  If the Steelers travel west

2)  If the opponent has a sub-500 winning percentage

4)  If the opponent can defend against the Bubble Screen, either to an RB or WR”

And my personal favorite.

About ten years ago, I was walk-of-shaming home after a cocaine and alcohol-fueled evening with a special lady friend I met at the bars. At about 4:30am along the way, I ran into Mike Tomlin. I said “good morning, Coach,” and he responded with “Good morning, son.” We haven’t won a playoff game since. I blame the blow.”

I’ll add my own. This is a Steelers’ front office that put together a secondary with A̶n̶t̶w̶o̶n̶ Valentino Blake as a starting corner, finally rebuilt their entire secondary to something that resembled good and then this offseason decided, nevermind, tear it back down. Good thing they draft them well!

Again, be sure to check out the entire article with more jokes and shots at the team. If you can’t laugh at the Steelers, as much as they’ve frustrated you/us over the years, then you can’t laugh at anything. I know I got a bunch of chuckles out of this one.

And don’t worry. The Browns, Bengals, and Ravens all suck too (Browns and Ravens articles coming soon – read why the Bengals suck here).