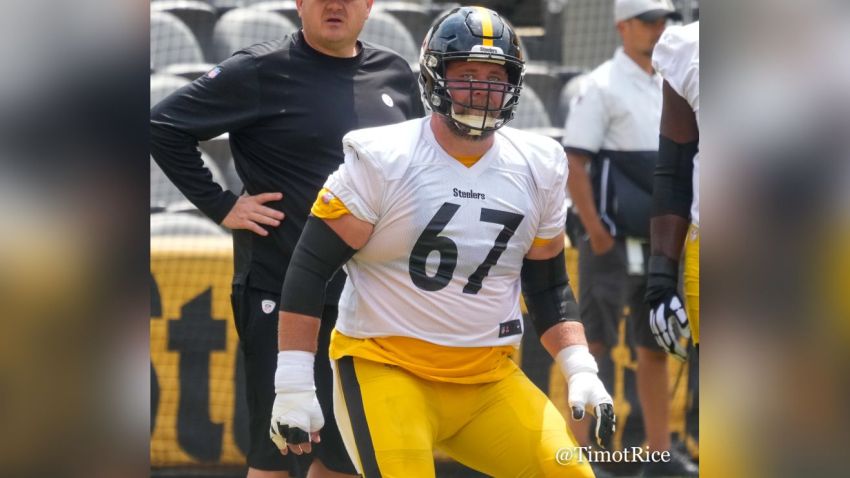 I’m throwing my hat into the ring on the roster prediction game this year.  And it’s a little late given the most recent roster cuts but I was never going to have Matt Sexton or Shakur Brown on my list, so it really doesn’t change anything for me.  OK, here we go!

No surprises here.  Pretty much what I have been saying all pre-season and the Josh Dobbs toe injury sealed the deal.

I’m high on Ant Mac this year now that he has had a full off-season program and training camp, so he’s my number 2 (others have Snell higher on their depth charts).  And definitely Snell over Samuels, particularly given his pass protection abilities.

Not sure how many snaps he’ll get given the Steelers normal personnel groupings but I look forward to seeing how new OC Matt Canada might use him.  Plus, a healthy Derek Watt is a beautiful thing on Special Teams.

No shockers here either.  The Steelers were never going to trade James Washington.  And while I loved seeing Matthew Sexton return punts (until the Carolina game, that is) but Tomlin prefers experience and McCloud edges him out to keep his job.

Man, I really wanted to keep Kevin Rader.  I just keep thinking about his block for the TD in the Hall of Fame game.  But Gentry has edged him out.

Sorry, but Rashaad Coward is who we thought he was.  A hard worker who is still a bit of a project.  I’ll take BJ Finney’s position flexibility over that and so will Tomlin and Colbert.

I’m going with an extra lineman here because we still don’t know what’s happening with Stephon Tuitt.  So we get 2 Isaiah(h)s instead of just one.

I’m concerned that the hamstring might keep Marcus Allen from being ready to go for Week 1 but he has to be on the initial 53 even if he winds up on short term IR.

I think Jamir Jones has finally surpassed Cassius Marsh with his performance in the final preseason game.  I’m pretty excited to see him play this season.

I’m taking one less CB here because I needed more depth on the defensive line.  I’m hoping that Antoine Brooks Jr will make his way back to the roster once he is healthy and the Tuitt mystery is resolved.

I’ve been impressed with Killebrew in the preseason but if the Steelers find a way to add a veteran from the waiver wire or a trade, he will be the odd man out.

Never a doubt.  Boz is the man.

It’s no secret that I have been a Harvin fan from Day 1.  Hoping the team can still deal Berry but Harvin is my guy either way.

I didn’t think Kuntz had a shot originally but he seems to have pulled of an upset.

I’m living in my fears a little with the DL depth but I’m an optimistic girl and my expectation is that we will see Antoine Brooks Jr circle back at some point soon enough that he can jump on a moving train as Coach Tomlin likes to say.  And here’s hoping we can keep Kevin Rader on the practice squad without him getting poached by another team with TE needs.

Let me know what you think!