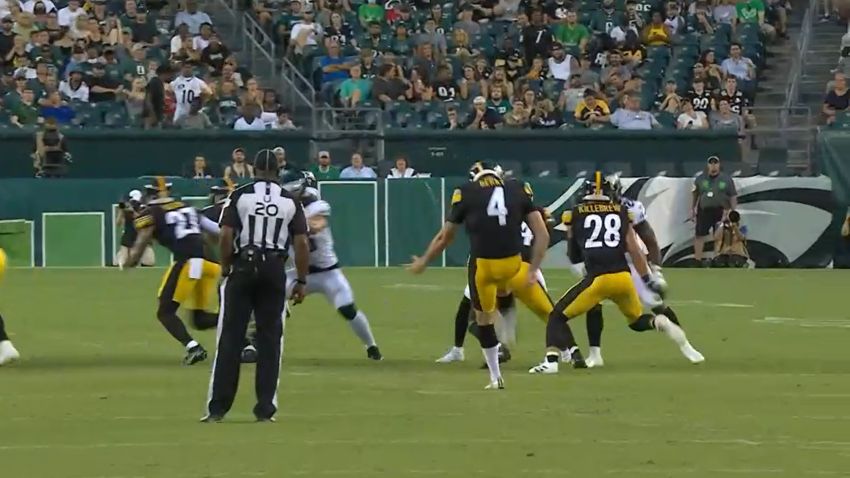 Topic Statement: The Steelers will end up trading Jordan Berry.

Explanation: The Steelers have a punting competition on their hands, with both Pressley Harvin III and incumbent Jordan Berry having impressive performances so far, not just in the preseason, but also during training camp. The odds are good that one of the 31 other teams in the league will think that either of the Steelers’ punters is better than what they are working with.

They already pulled this off once before. In fact, it’s how Berry got the job in the first place back in 2015. When the Giants offered them a seventh-round pick for then-incumbent Brad Wing, that pretty much was the tiebreaker.

And Berry has a lot more pedigree than did Wing at that time. Yes, he was actually cut last year, and he went unsigned, but that was in a pandemic year where it was hard to bring players in, and when he came back, he put some of his best tape out there. He’s playing well now, and that will be enough to get the phone call.

Granted, he played reasonably well last season. Granted, he has played well so far this offseason. And granted, last year was unusual circumstances, during which teams didn’t want to really sign players they weren’t familiar with (note all the reunions the Steelers had, including going back to Berry).

But if he was really viewed as, say, a top-15 punter, somebody would have picked him up last year. He was even on the open market for a couple of weeks this year at the start of free agency before the Steelers re-signed him, and nobody was interested.

There’s also the possibility that the Steelers keep Berry. He is the more seasoned, more stable, and currently, more consistent player. Maybe a team will offer them a draft pick for Harvin, instead, and that will be the tiebreaker that ultimately decides who is punting for them.