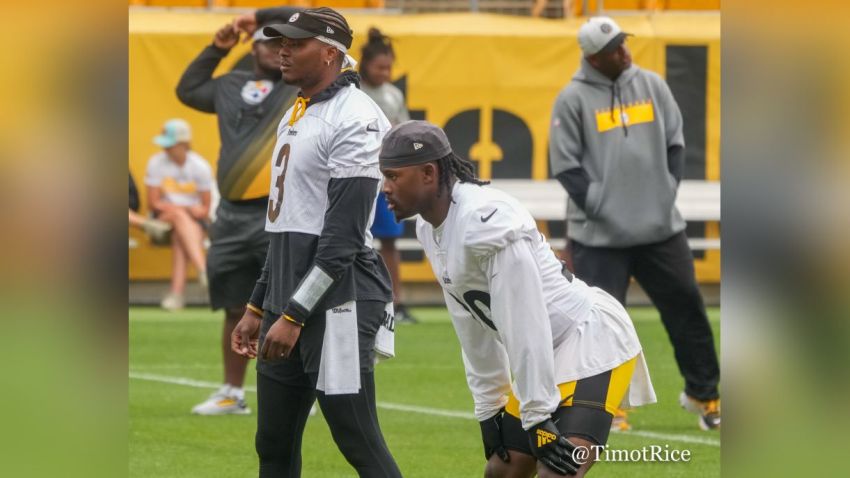 Explanation: A fourth-year former fourth-round draft pick, Ballage is already with his fourth organization. His career numbers are unremarkable, which is a generous way to describe some more than others. But he has impressed coaches and teammates during training camp, and he looked good during the Steelers’ first preseason game, displaying his natural abilities.

Plenty of players bounce around the league and still make rosters, so the fact that Ballage has been in three different places before isn’t overly relevant as to whether or not he will make this roster. The reality is that he is one of the team’s four best running backs, and they are likely to carry four.

Ballage has good speed and finesse for a running back of his stature, somewhat similar to Najee Harris, and his prior stops have not exploited his abilities. Playing with the Dolphins, Chargers, and Jets, he has run behind some of the worst offensive lines in the league, so his prior numbers should not be held too steadfastly against him.

Behind Harris, you have Anthony McFarland and Benny Snell. Beyond that, Jaylen Samuels would be Ballage’s main competition for a roster spot, but Samuels’ skill set is made redundant by others.

A four-year veteran running back should be able to look good in practice and in the fourth quarter of a preseason game. Nothing that he has shown to date should favor him over younger and less experienced running backs. He has a natural contextual advantage due to his experience.

And we certainly cannot count on the Steelers carrying four halfbacks again this year, which had become rare for them before they did it last year. For one thing, Samuels was one of those backs last year. And Snell and Ballage largely have an overlapping skill set. Only Snell is the devil you know, so to speak. The coaching staff clearly likes Snell, more than most fans appear to these days after his struggles last season.