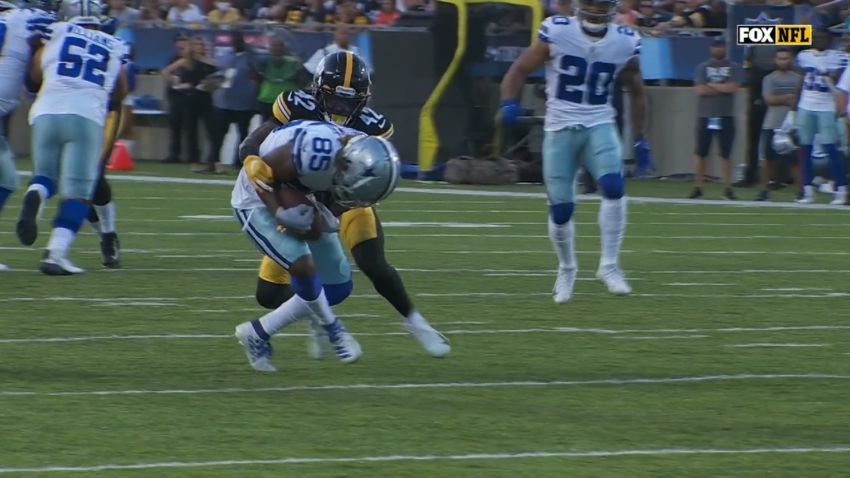 Topic Statement: James Pierre will have a starting role by the time the regular season begins.

Explanation: James Pierre continues to make plays in practice, while the Steelers’ options for a starting slot defender are currently not available or particularly panning out.

The bottom line is that James Pierre is the Steelers’ best fifth defensive back. In the long run, that is the argument that is ultimately going to win out. Having him on the field makes the defense better than it would be with their other options.

While Antoine Brooks Jr. looked pretty solid in his preseason debut, he has been injured since then and hasn’t been on the field. For such a young and inexperienced player, that is going to hurt his chances tremendously.

And Arthur Maulet has not performed very well through two preseason performances. Based on what he has put on tape so far, he looks more likely to be a liability than an asset. It would clearly be worth it to move Cameron Sutton into the slot.

There’s still four weeks before the regular season starts, and that is plenty of time for Brooks to get back on the field and show himself to be the starting slot defender, which is the most likely outcome that we might see between now and then.

Really, Pierre hasn’t done anything special in-game so far, even if everybody seems to talk about how great he is every other practice or so. But Maulet also had a good practice yesterday. He could be getting his feet underneath him.

And the bottom line is that the Steelers want Sutton on the outside. They can’t do that with Pierre and Joe Haden on the field, because neither of them are slot-capable, or perhaps even slot-willing, at least in Haden’s case.