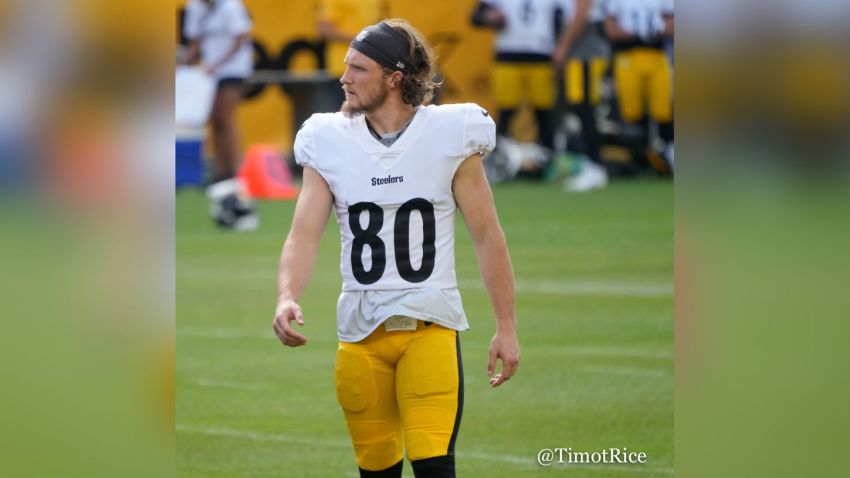 Reasoning: The first-year wide receiver was a part of the first wave of the Steelers’ second phase of roster cuts, with 18 more to come between now and tomorrow at 4 p.m. Sexton was talked about as a potential sleeper roster candidate as a return man, but fumbled his opportunity away in the preseason finale.

Mathew Sexton had two good punt returns during the Steelers’ first three preseason games. That got people excited about the possibility that they had stumbled upon a young player who offered flash in the return game, and left them hoping that he could break out and house one in the finale.

Unfortunately for him and the Steelers, he did pretty much the opposite, putting a couple of balls on the ground. In the previous game, he took a risk on a return by reversing field, and it worked out, leading to a long return.

This time, in an effort to try to make a play that could help him make the team, he played a punt off a hop, but it only resulted in him mishandling it, with Pittsburgh losing possession. As if that were not bad enough, he would have more issues later in the game on top of that.

He was released on Saturday, among nine total players, the Steelers now down to 71, and they must get down to 53 by tomorrow at the close of the NFL’s business day at 4 p.m. Cody White and Rico Bussey are the only remaining wide receivers on the roster who were not here last year, so if the Steelers do keep more than five, it’s going to be one of them.

It is possible that Pittsburgh could re-sign Sexton to the practice squad, but, depending upon who else is available, I’m not sure I would put money down on it. His value was as a returner, so once he showed himself to be undependable in the most important area of the job—that is, ball security—his relevance tanked. Anthony Johnson, who was on the practice squad last year, is a more likely candidate, as are White and Bussey if they do not make the 53.