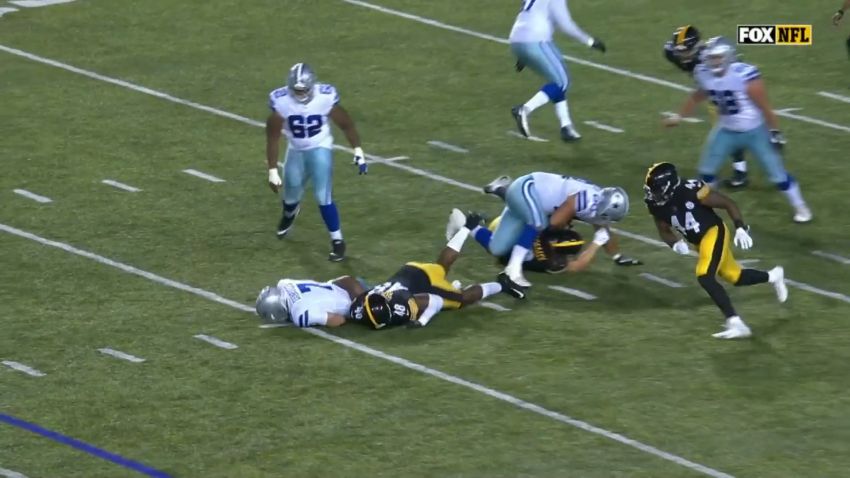 Reasoning: The rookie sixth-round pick was able to pick up a sack during his NFL debut, one of four that the defense as a whole had on the night.

The Steelers understood that they needed to address their outside linebacker depth when they drafted Quincy Roche out of Miami in the sixth round back in May. They had just lost Bud Dupree and Ola Adeniyi in free agency. Even waiting as long as they did was too long.

We know that because they eventually wound up adding former first-round pick and three-time Pro Bowler Melvin Ingram to their outside linebacker room, which has complicated things for Roche. In fact, some may even dispute if his stock should be up, even if he did record a sack last night.

With T.J. Watt and Ingram not playing, Cassius Marsh started the game alongside Alex Highsmith. Highsmith checked out a bit earlier than Marsh, and was replaced not by Roche, but by Jamir Jones, who did play well in his own right, and about whom I was initially going to write.

But I decided to go with Roche, because making a play like the sack that he had is the sort of thing that can help you move your way up in the practice rotation, or at least give you some more reps with the string above you to see if you belong there.

As a draft pick, he will probably be favored a bit for a roster spot over an undrafted player like Jones, but it’s not such a disparity that it would be a shock for it to happen. It’s also not guaranteed that the Steelers are going to keep four outside linebackers, and it’s pretty clear that Marsh is their number four, for now.

Can he generate enough of a push up the depth chart to actually work his way into that number four spot by the time the regular season begins? He’ll have to perform on special teams, for starters, and then have a preseason like Tuzar Skipper on top of it.